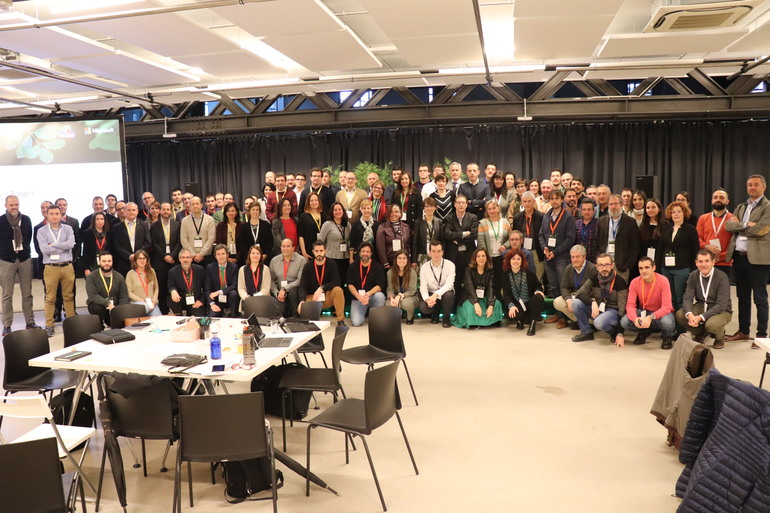 theMicrosoft and the Basque Government have been working on the  AI for Earth initiative to create innovative projects based on Artificial Intelligence, that help to solve sustainability challenges in the Basque Country. The programme, in which Microsoft is investing $50 million over 5 years, is driving solutions around the world to improve the environment, ecosystems and save the planet.

According to Arantxa Tapia, the Basque Government’s Minister for Economic Development and Infrastructures, “Thanks to Microsoft, we have gathered together professionals and experts from the universities, technological centres, companies and start-ups who have  spent two days generating ideas and solutions around six themes representing the main challenges in the Basque Country: renewable energies, mobility, agriculture, water, biodiversity and cybersecurity for sustainability”.

The multidisciplinary work during the two-day meeting concluded with two projects being chosen: MarIA, a platform to study the performance of floating wind turbines in order to optimise their construction and production of clean energy, and  AlonFOREST, a platform to help decision-making for greater knowledge about the diseases of the pine forests of the Basque Country.

Both initiatives will receive financial consisting of training, technical advice, support from Microsoft experts and $15,000 for the use of the  Microsoft Azure cloud platform, where Artificial Intelligence is at the service of the environment to solve the planet’s current challenges. Furthermore, both projects can attend the AI for Earth world summit, where they will have the opportunity to learn about the initiative’s latest aspects and get to know other professionals and projects that are also fighting to preserve the planet around the world.

“Azure’s capacity along with the artificial intelligence application allows all the variables affecting a wind turbine, such as the direction, period and height of waves and the real wind speed, to be taken into account. The use of artificial intelligence when optimising the coupling of all the forces, along with its training to be able to predict different operating statuses, is vital for both the academic and industrial interest of a tool of this type,” explained Jesús María Blanco, Professor at the Department of Nuclear Engineering  and Fluid Mechanics at the University of the Basque Country.

The first objective of this research will be to validate the coupling by comparing the results of the platform movement by means of data simulations obtained in laboratories. This phase will last 3 months and will allow the optimisation both of a neuronal network in the use of data exchange, along with optimising the mesh of the computational fluid dynamics.  Work will then begin on creating a code to couple the different software developments that study both the turbine, platform and mooring lines. Meanwhile the first way of coupling will be assessed for different platforms and sea states, along with combining different wind speeds and directions for each state. This platform comparison and calculating the power generated is expected to last 4 months, until December 2020.

AIonFOREST aims to use Microsoft Azure Artificial Intelligence to learn more about the attack by the defoliator fungi that occurred in summer 2018. Thus, a series of actions aimed at quantifying the impact of climate, of location and of forestry on the advance of this type of diseases will be implemented in order to prevent similar episodes in the future.

As Alejandro Cantero, a forestry engineer at Hazi Fundazioa, explained, “our interdisciplinary team is working on how to address such a complex problem as that of the interaction between human actions and the damage caused by pests and diseases.  Thanks to the technology, we can access a large volume of information, such as meteorology, satellite images, digital models of the terrain, forestry maps, and with Microsoft’s AI we expect to extract results and conclusions that allow us to preserve our forests”.

The project development period is 1 year, with major milestones to be met. The first phase of the project will focus on data mining, gathering and integrating formats, with the help of data downloading, the cognitive search of new variables of interest and data integration and standardisation. Once this phase has been completed, work will begin on developing the risk prediction model. Therefore, the data pre-processing based on Microsoft Azure machine learning and deep learning will be of vital importance.

For further information on  Microsoft AI for Earth and how other projects to preserve the planet and its biodiversity can access the Microsoft grant programme, click here.