The Basque Country, a pioneer in the fight against climate change 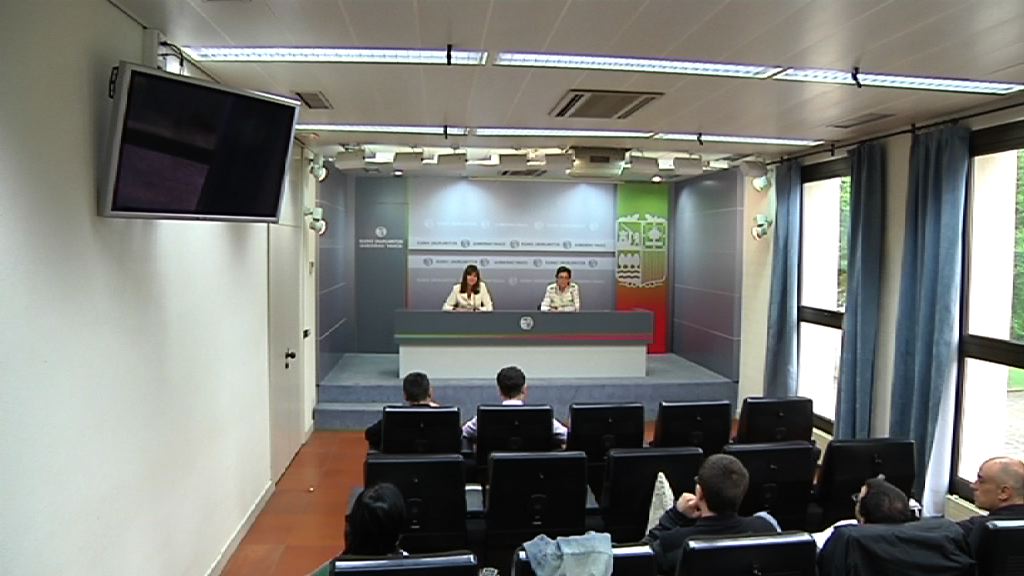 The passed draft of the Basque Law on Climate Change lays out the foundations to be introduced in the Basque Country in order to bring about a different modus operandi, another form of generating wealth and employment, and to provide a future guarantee for many companies that have incorporated the environmental variable as a factor of competitiveness. Thus it was explained by the Minister for the Environment, Territorial Planning, Agriculture and Fishing, Pilar Unzalu, who also referred to the additional credit approved in order to finance the private security of Basque tuna boats working in the waters of the Indian Ocean. Unzalu accompanied the Government spokesperson, Idoia Mendia, who evaluated the election process that drew to a close last Sunday.

The bill of the Basque Law on Climate Change is a pioneering document in Spain, the first regulatory document of its nature, and within the framework of Europe, it has only one similar forerunner in Scotland. The document draws together a series of principles and guidelines to enable public administrations to incorporate the environmental and climatic variable into all their sectoral plans.

Following the Cabinet Session, normally held every Tuesday, the Government spokesperson, Idoia Mendia, appeared in a press conference to explain the agreements and measures adopted. On this occasion, Media was accompanied by the Minister for the Environment, Territorial Planning, Agriculture and Fishing, Pilar Unzalu, who explained two of the most important measures adopted: the measure relating to the fight against climate change and the measure relating to the private security of the fleet of Basque tuna boats.
The draft of the Basque Law on Climate Change contains 35 articles that combine guidelines focusing on two areas: the reduction of CO2 emissions and adaptation to the consequences of climate change. The objective is to ensure that each administration considers the climatic variable when planning, to promote the use of low-carbon technologies, to increase education and awareness of climate change and to promote change within consumption habits.