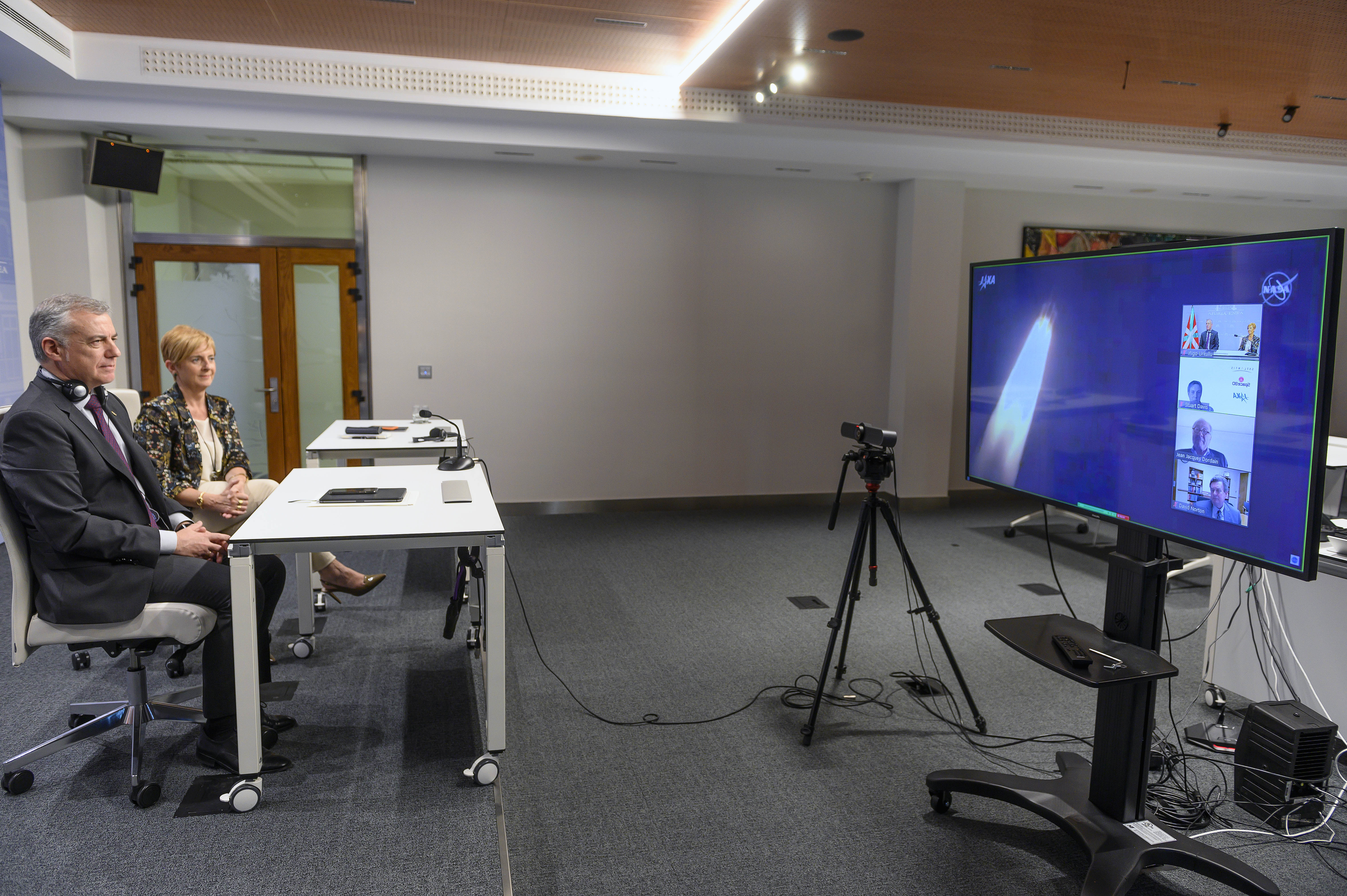 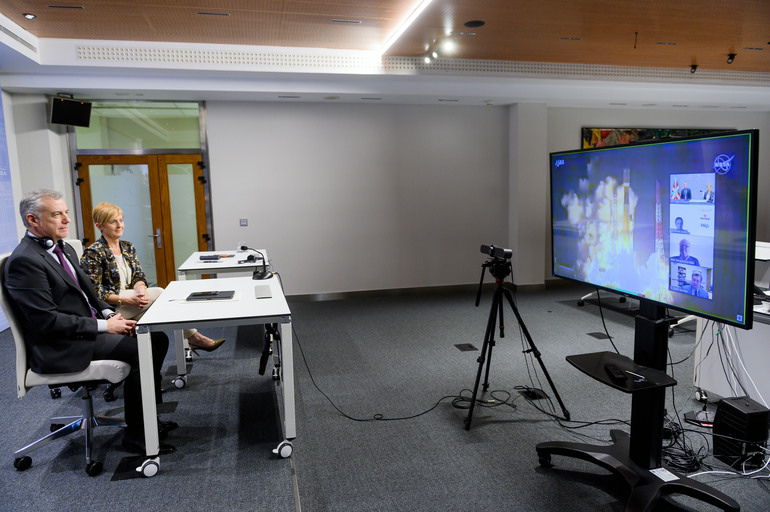 The launch took place at 2.30 a.m., local time in Japan, as part of the HTV-9 mission run by JAXA, the Japanese space agency, to the International Space Station (ISS), after a four-day journey to reach the station speed of 27,580 km/h.

During his speech, the Lehendakari stressed the importance of research and its link to production and application. As he explained, this project is the outcome of a triple investment in the Basque Country:

-a firm commitment to research

-an industrial ecosystem that allows the production of high technology

-And an outcome that is going to be used to improve the environment and living conditions.

“This project has pooled research and technology, production capacity and improving the environment.  Capacities to be found in the Basque Research and Technology Alliance,” he said.

SATLANTIS has been a trailblazer on a path to combine technologies, artificial intelligence, boosting extreme precision mechanical, optical and industrial electronics to produce this new result. Hernani recognised that there is a great deal of competition and it was fundamental for the company to be the first in Space. “And also, to consolidate that hard-earned position,” Hernani pointed out. “The company is a private-public partnership, with the Basque Government and MINECO (Axis/Ico) as shareholders, with the presence of leading industrial partners as EVERIS and financial investors such as ORZA. The company is ready to make a further leap with a round of financing of €26 million in partnership with global satellite operators”.