“Let’s build a country together” via new technologies, the Lehendakari says 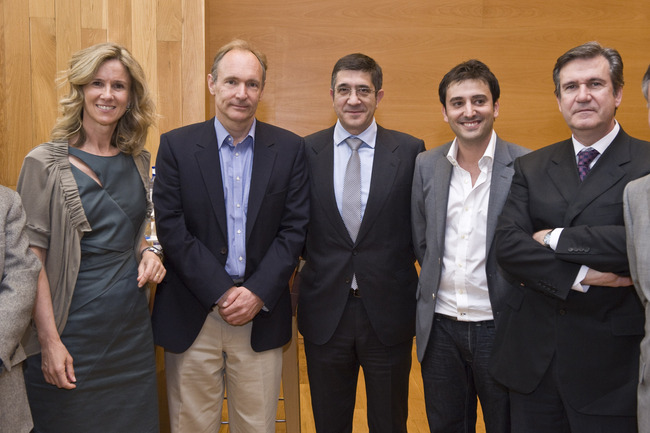 "The old communication channels between the government and its citizens are out of date", said the Lehendakari, highlighting the contribution to "good governance" made by Internet-based tools, such as Irekia, promoting communication between public administration and citizens.

The Lehendakari, Patxi López, today spoke of his desire for the Basque Country to "surf the wave of modernity" on which the country's future depends. To do so it is necessary to bring about a change of "mentality and attitude" with regards to the importance of new technologies, he said.

He went on to state that the Basque Country has a number of challenges to overcome, "because the products and services we are able to offer in this field are disparate and we suffer from difficulties in accessing funding, a shortage of labour exacerbated by a talent-drain, a digital divide and difficulty coordinating R&D and innovation activities". The Basque Government is working to overcome these obstacles to ensure that the Basque Country's economy and society "is brought forward into the modern age, a change that will affect the way of life of both citizens and the public administration", affirmed the Lehendakari.

The Bilbao Web Summit was inaugurated this morning by the Lehendakari, Patxi López, along with the Minister for Industry, Innovation, Trade and Tourism, Bernabé Unda, the Minister for Science and Innovation, Cristina Garmendia and the promoter of the summit and founder of the company Anboto, Xabier Uribe-

During his speech, the Lehendakari stated that citizens are demanding, "with increased vehemence, the right to participate in government, and as a result new technologies are emerging to demonstrate that the old communication channels between the government and its citizens are out of date". He then went on to explain that new technologies are tools that enable the "gradual expansion of information, transparency, participation and collaboration, thereby moving us towards better governance".

The Lehendakari also spoke of the need to bring about "a change of mentality and attitude that requires us to believe in the necessity of transparency as a first step in eliminating every last trace of "obscurantism" in public management".

The Basque Government is taking significant steps towards embracing new technologies with the creation of Irekia, the Open Government tool of the Basque Executive that is, according to the Lehendakari, "much more than just a website: it is an attitude that supports good governance". The Lehendakari declared that "if we want to create a country for everyone, we all have to work together to do so. The time of darkened rooms and unassailable walls has passed and it's now time to open windows, on the Internet too".

He also recognised the efforts made by Basque companies in committing to innovation and internationalisation, while admitting that in this respect "there is still a long way to go, as ICT's only account for 1.4% of employment in the Basque Country".