The European Commission details to the preparatory work group of the Council of Employment and Social Policy of the EU, EPSCO, the creation of a “Fund for the just transition in social and employment issues” 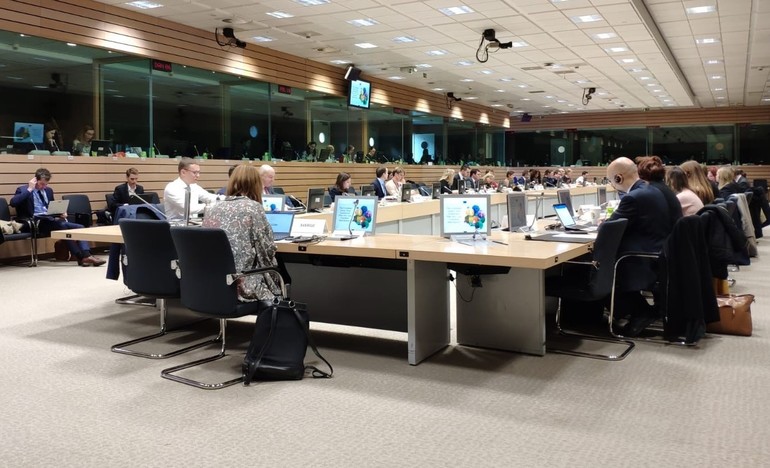 The preparatory working group of the Employment and Social Policy Council of the European Union-EPSCO today has analyse in Brussels the proposal to create a Fair Transition Fund. Presented by the European Commission, it is “a financing instrument for the impact that the transition to digitalization can generate and, especially, the action to prevent or reduce climate change, both in social aspects and in employment”. The Basque Country has participated in the conference representing the autonomous regions of the State.

At the meeting held on Tuesday, chaired by Croatian Ivan Dvornik, the Deputy Director of Employment of the European Commission, Adriana Sukova, presented the creation of the so-called “Fund for the just transition”, dedicated to social and employment issues in the framework of the Green Agreement.

“The Fund aims to help regions generate a climate-neutral economy in social issues. Therefore, this will be a support fund for skills and abilities,” explained Sukova. This Fund, in co-financing with similar ones such as the ESF+, will be destined to the most polluting regions, according to European Commission studies based on reports from member states.

To this end, projects related to digitalization, the use of green and renewable energies, education and vocational training for the transition to a neutral and sustainable economic model would be financed. Delegations have welcomed this new measure "that can help mitigate environmental effects, pending its effectiveness for social issues".

The preparatory working group of the EPSCO, chaired by the delegation of Croatia, addressed -on Friday February 6- the future "Strategy to address gender violence, economic independence and access to the women's labour market". Also, the negotiations between the Council of the European Union, the European Parliament and the European Commission (trilogue) on the proposal for a Regulation on the European Globalization Adjustment Fund (EGF) presented by the Commission in May 2008, and the program of European Commission's work for 2020 in terms of gender equality and non-discrimination.

The GAS is the preparatory working group of the Employment, Social Policy, Health and Consumer Affairs Council of the European Union (EPSCO Council). The EPSCO Council brings together the holders of the ministries responsible for Employment, Social Affairs, Health and Consumer Protection of all EU member states. The competent European commissioners also participate in the sessions. Normally, four sessions of the EPSCO Council are held each year. In general, two of these sessions are devoted exclusively to employment and social policy issues. The next one will take place on March 19.

The overall objective of the EU's action in this area is to “raise the level and quality of life of citizens, in particular through quality jobs and high levels of social protection, health protection and protection of the interests of the consuming person".

Regarding Employment and Social Policies, the Council is responsible for developing annual guidelines for employment that Member States take into account in their national policies. It also adopts, together with the European Parliament, legislation aimed at improving working conditions, social integration and gender equality.