The European Commission announces to the EPSCO group that it will present a Strategy to address gender violence, economic independence and access to the women's labor market 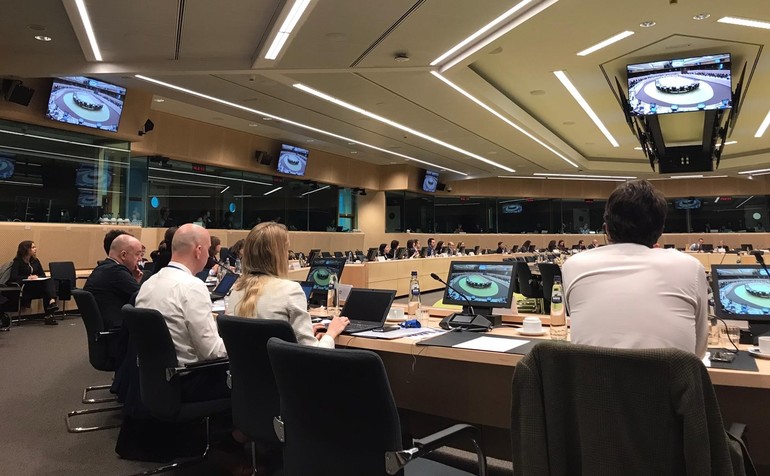 The representation of the European Commission has announced to the preparatory working group of the Employment and Social Policy Council of the Union (EPSCO), which will shortly present a Strategy to address gender-based violence, economic independence and access to the labor market of women. The Basque Country exercises the semi-annual regional representation in this working group.

The GAS, preparatory working group of the EPSCO Council), is chaired by the delegation of Croatia, which holds the presidency of the EU Council. Today he has addressed in Brussels the negotiations between the Council of the European Union, the European Parliament and the European Commission (trilogue) on the proposal for a Regulation on the European Globalization Adjustment Fund (EGF). The proposal was submitted in May 2008. He has also presented the EC work program for 2020 in terms of gender equality and non-discrimination.

In relation to the EGF, which aims to offer support to laid-off and self-employed workers who have ceased their activities in the course of large-scale unforeseen restructuring, the Croatian Presidency has reported on the result of the recently held trilogue.

In these three-way discussions, it has been concluded that, “until the 2021-2027 Multiannual Financial Framework is agreed, only the first and second blocks of the EGF Regulation proposal may be negotiated, while the third block is not it will debate neither at the technical level nor at the political level”.

In relation to gender equality, the Commission has announced that it will present, probably on March 8, a Strategy to address the key problems that women face today. Among them, gender violence, economic independence and access to the labor market. Likewise, binding legislative proposals on wage transparency will be presented. The next GAS meeting will be held on February 11 with the participation of the Delegation of the Basque Country (Euskadi, in Basque language) before the European Institutions representing the autonomies of the State.