Brussels: the preparatory working group of the Employment and Social Policy Council of the European Union-EPSCO analyses the minimum wage, youth guarantee and unemployment reinsurance that is to be promoted in the EU 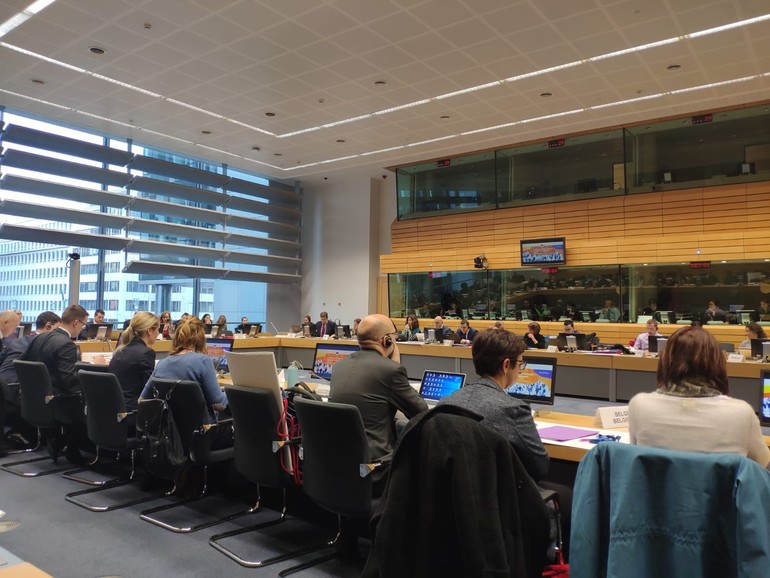 The preparatory working group of the Employment and Social Policy Council of the European Union-EPSCO today analysed in Brussels different issues related to the minimum wage, youth guarantee and unemployment reinsurance. These are the issues that the European Union wants to promote. Various questions have also been raised about social inclusion and child protection. The Basque Country has participated in the day representing the autonomies of the state.

At the meeting held today, February 4, the Commission presented the work program for the year 2020 and its communication on “A strong social Europe for fair transitions” based on mainstreaming and cooperation between different DGs.

The delegations of the Union have been particularly interested in the minimum wage, youth guarantee and unemployment reinsurance that is to be promoted in the Union. Various questions have also been raised about social inclusion and child protection.

Likewise, the representation of the European Commission has presented at the meeting the Communication dedicated to the “Convention on Violence and Harassment of the ILO”. Most countries have requested their detailed study. Some representations have argued, "there could be a setback in case of acceptance", as they observed "some obligation on the part of the European Union when the Union does not have to bind the Member States". Others have observed, "The deadline presented in the second article implies a very short period of time".

The Croatian presidency of the group will convene the next meeting for next February 6 and will address the European Globalization Adjustment Fund and the work program of the European Commission for 2020 in terms of gender equality and not discrimination.

The preparatory working group of the Employment, Social Policy, Health and Consumer Affairs Council of the European Union (EPSCO Council), chaired by the delegation of Croatia. Croatia holds the presidency of the EU Council in the first half of the year 2020. The president addressed the issues of the European Social Fund Plus and the Conclusions on the improvement of well-being at work on 29. At the meeting on January 9, the priorities of the Croatian presidency were presented and on the 10th the conclusions on the improvement of well-being at work were discussed, which will be analysed in the EPSCO Council on March 19 with the presence of the ministerial heads of the 27.