The Lehendakari attends the opening of the new ITP Aero plant 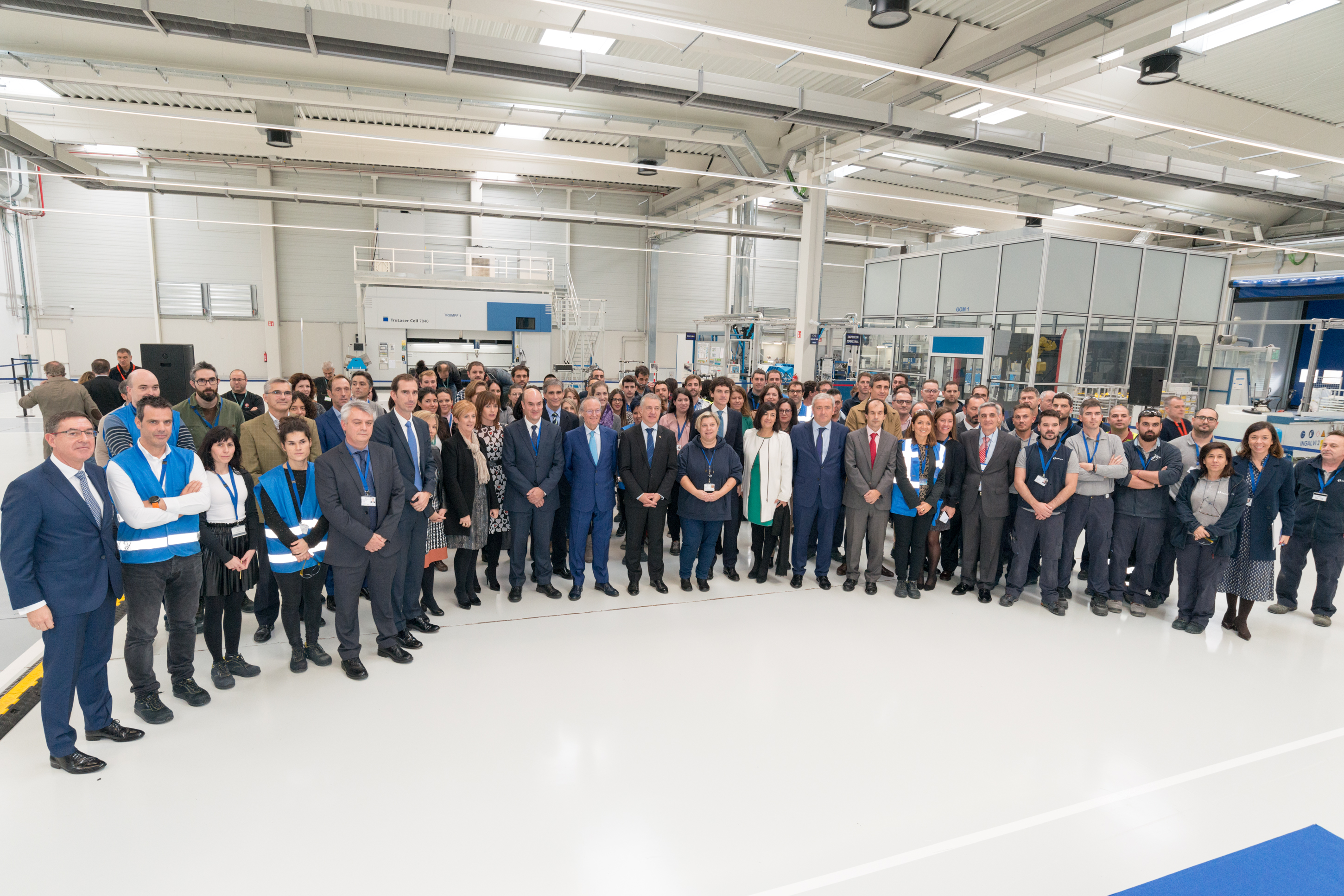 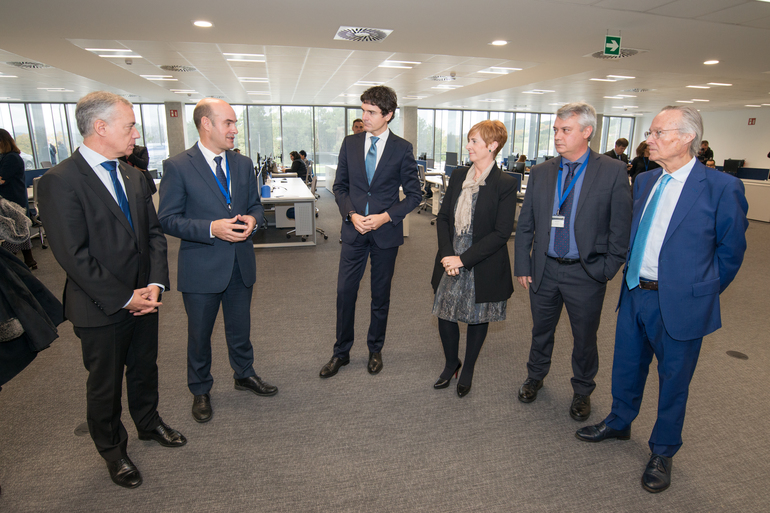 Lehendakari Iñigo Urkullu, the Basque Premier, accompanied by the Basque Government’s Minister for Economic Development and Infrastructures, Arantxa Tapia, attended the opening of the new ITP Aero plant, where he was proud to be celebrating the 30th anniversary of the Basque multinational.

ITP Aero is currently the leading aeronautical engine and component company in the Spanish State and the ninth in its sector worldwide. In its 30-year history, the company has built up its turnover to nearly €900 million, is present in five countries and employs 4,000 people.

During his speech, the Lehendakari stressed that the company is a trail-blazer in the field of innovation. “You are a company at the cutting edge of advanced manufacturing, leading the Basque smart specialisation strategy (RIS3),” he explained.

ITP has invested €360 million in R&D&I over five years, creating its own technology adapted to designing, manufacturing and servicing aeronautical engines and components. This investment has allowed it to advance in the excellence of the digitalisation and additive manufacturing technologies, develop the new architecture of the engine of the future and is going to allow it to have the technology to lay the foundations for hybrid-electric propulsion.

During the opening ceremony, the Lehendakari stressed that the Basque Government will continue to drive an economic strategy aimed at being competitive and generating new job opportunities for the Basque Country.  “An unwavering commitment to R&D in line with the Basque Country’s industrial development model,” he remarked.   Thus, he recalled that, in 2020, the Basque Government envisages investing €253 million for Industry 4.0 in small and medium-sized enterprises and €22 million for new investments in Technology Parks. In that regard, the Lehendakari highlighted the importance of the Park Network.

Lehendakari Urkullu also stressed that the future of aviation lies in the environmental, energy and technological transition. He therefore called on companies to pre-empt that transition and commit to lighter and quieter, more efficient and cleaner engines. “Powering aircraft by electricity is already being explored. This new scenario opens up a great opportunity for ITP, involved in this manufacturing and technological challenge,” he pointed out.

The new facilities have meant an investment of over €14 million and are in response to the high demand for Externals in the aeronautical market, components used to dress aircraft engine systems, such as the fluid systems, structures and other elements.

The new plant, located in Derio, on the Bizkaia Science and Technology Park, is fully functioning and currently employs 115 workers, with plans to increase that number up to 160.  The building is home to the global headquarters of the Externals business area of the company, including offices for engineering, development and production of several components.