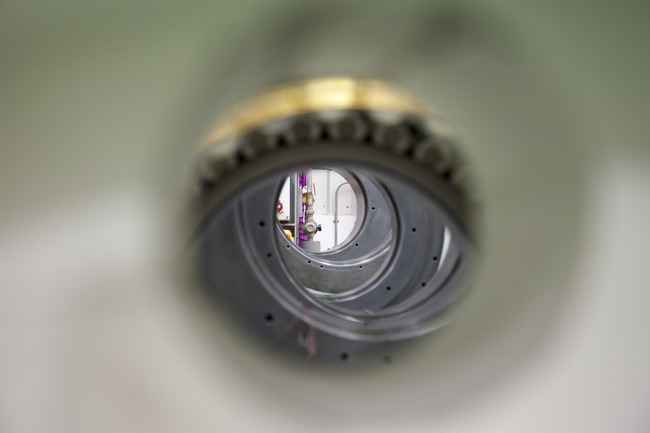 The Basque cooperative is an example of the spectacular progress of the industrial park set up in Kunshan as the result of an agreement between the local authorities, the Basque Government and the Mondragón Corporation.

Bernabé Unda stated that the trip has been "very positive: Basque companies are positioning themselves in China in a way that they weren't doing two years ago".

The party secretary in Qiandeng said that he would visit the Basque Country in May, accompanied by the mayor.

José María Aldecoa, the president of Mondragón, remarked that "the speed at which this country is progressing totally eclipses the West, and we have to learn from them if we don't want to lose our momentum in the future".

Bernabé Unda, the Minister for Industry, Innovation, Trade and Tourism, brought to a close the week-long visit to China that, he said, had been "very positive". During his time in Kunshan Unda visited the Anaitasuna industrial park, which was set up by the Mondragón Corporation. Senior executives in the corporation accompanied the minister on his visit to the park and they were joined for the day by a representative from the Jiangsu Department of Foreign Affairs.

Unda was able to see for himself the spectacular progress the park has made in the last few months. At present it covers an area of 265,000 square metres and is home to 11 companies, who between them account for 1,000 workers and 170 million dollars of investment. The park is now entering its third stage of evolution: "The agreement signed with the Kunshan authorities regarding the industrial park continues to undergo development", announced the minister. "33% of the land has been bought; two projects have been implemented and there are another four being implemented right now".

Unda was able to meet the managers who have come from the Basque Country to work for Basque companies that have set up facilities in the area, and also enjoyed breakfast with the workers in the park canteen. He took the opportunity to remind those present that the Basque Government "wants this collaboration project between the Kunshan authorities, the Basque Government and the Mondragón Corporation to be a success. The Anaitasuna industrial park was created in 2004 and is now a thriving, growing concern. It is our wish to increase our collaboration with this great country and to support our companies in their drive towards internationalization and their pursuit of success abroad".

An example of the immense progress made by the project is the company Fagor Arrasate, which last year increased its turnover five-fold. The company is a world leader in the manufacture of products used to work sheet metal and is dedicated to the design, manufacture and supply of machine tools for shaping metal, from complete presses and stamping systems to production lines for manufacturing, processing and cutting sheet metal. With six plants in different locations around the world, the company is a major player in 70 countries.

As Fagor director Aitor Ormaetxea explained, its growth in China has been exponential: "We have multiplied last year's turnover of five million by a factor of five, which should give some idea of the leaps we are making. A year and a half ago we were manufacturing small products; that time has passed, the automotive market has woken up again and now our plant is running at full capacity".

José María Aldecoa, the president of the Mondragón Corporation, was able to see the progress for himself and to compare it to the situation last year, when he visited the plant with the Lehendakari, Patxi López. "Today we are visiting the plants in Kunshan, specifically the Fagor Arrasate plant, which was almost empty back in September. Today we have seen that it's running at full capacity, producing presses for the United States and Mexico", he commented.

As well as its turnover, Fagor Arrasate's customer base has also changed dramatically in the space of just a few months. The company has gone from doing 80% of its business in Europe and 20% in China to the exact opposite: 20% in Europe and 80% in the Asian giant.

Aitor Ormaetxea explained how the company's strategy of establishing itself in China came to fruition: "Five years ago, at Fagor Arrasate it was decided that entry into the Chinese market was a necessity. It was clear to us that if we didn't have a presence in China our market would be reduced, little by little. So we decided to invest and three years ago we built this plant".

He also spoke about the importance of the decisions regarding the size of the plant: "A large investment was made in terms of space and a larger capacity than we initially needed. However, over time we've seen that a plant of this size has proved necessary in order to meet the high-volume manufacturing demands of the local market. If you only advance in small steps, the market will overtake you and you won't be able to supply it. We've been able to achieve the number of orders that we projected and currently we are in the position of having to invest in more production facilities in order to meet demand".

The level of growth the plant has witnessed in the space of just a few months has been spectacular. It was set up in June 2008 with an initial investment from Fagor of 6 million euros and is soon to expand its operations with an injection of a further 2.5 million for equipment. Last year it employed 40 workers in China and that number is set to double in 2011, while the initial complement of four managers brought over from the Basque Country has expanded to the current level of 12.

Evaluation of the visit

Bernabé Unda ended his visit by having dinner with the Kunshan authorities. Analysing his week in China, the minister described his time there as "very positive", for two reasons: the support given to the machine-tool manufacturers in their efforts to establish themselves in Kunshan and in Tianjin in Northern China, and the opportunity to follow up the objectives set during the Lehendakari's visit to the region last year. Unda also commented that, "from an institutional perspective it has also been an interesting visit. We have followed the route down from Tianjin through Beijing to Kunshan, making contact with central, provincial and municipal authorities and requesting that they assist our companies in carrying out all their bureaucratic procedures".

The minister noted the existence of a proactive element in the business community and a drive towards internationalisation: "Basque companies are positioning themselves in China in a way that they weren't doing two years ago. They're waking up to the fact that you have to have a presence and compete in China, because to succeed here means to succeed worldwide. If you don't see this, you'll lose this opportunity".

For his part, Mondragón president José María Aldecoa emphasised the fact that "the speed at which this country is progressing totally eclipses the West, and we have to learn from them if we don't want to lose our momentum in the future". Aldecoa described China's demand for Spanish industrial products as "intense", stating that "we've been able to see for ourselves the importance of Spanish machine-tools in China", before going on to give thanks for "the support of the Basque Government in strengthening our position here".

During Unda's meeting with the local authorities, they expressed their intention of paying an immediate return visit to the Basque Country. Specifically, Qiandeng party secretary Li Wen is to travel to the region in May of this year, accompanied by the mayor of Qiandeng and president of Kunshan municipal council Zhang Jing. Also present at the meeting with the Basque representatives was Huang Yong, the mayor of Kunshan.