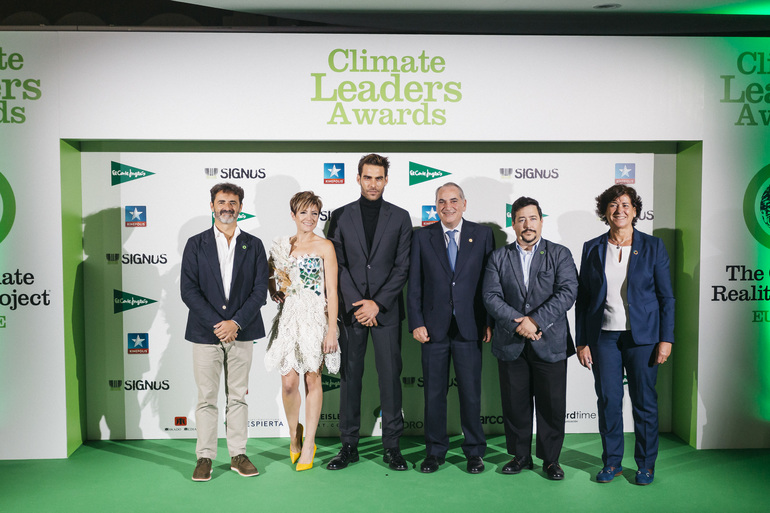 The Climate Reality Project, the Al Gore Foundation in Spain set up by the former US Vice-President and winner of the Nobel Peace Prize for fighting climate change, has announced the Basque Government to be the winner of the Climate Leaders Awards in the Regional and Local Government category. This recognises the Basque Government’s ongoing commitment to putting the theme of the climate crisis not only at the centre of the political action, but also on the citizen agenda.

This award is international recognition for the actions that the Basque Government is implementing in that regard. The Basque Government’s declaring a climate emergency in July placed combatting climate change as one of the country’s primary objectives. The Basque Country had already approved its Environmental Strategy for Sustainable Development back in the year 2000. Since then, it has set up a comprehensive approach that addresses all aspects that may be adopted regarding the challenge of climate change. The KLIMA 2050 strategy, approved in 2015, even prior to the signing of the Paris Agreement, establishes the road map to coordinate all the Government’s ministries in an overall approach, where all the sectoral policies must include the climate change variable.

That roadmap will end with the passing of the future Climate Change Act of the Basque Country, currently passing through its different stages, whose objective is to cut greenhouse gas emissions by 40% by 2030 and achieve a carbon-neutral Basque Country by 2050. Indeed, the projects funded by the Basque Government’s Ministry of the Environment through different programmes, such as Berrigurumena for municipalities or Klimatek for companies and other organisations, seek to advance in mitigating emissions and also in adapting the territory, with nature-based solutions or innovation and demonstration projects.

The Basque Circular Economy Strategy, about to be approved, will fundamentally help to achieve this reduced emissions target, as opting for a more circular economic model means cutting the consumption of resources and materials and notably reducing the emissions generated.

ASTEKLIMA and Change the Change

The jury also noted the Basque Government’s striving to put the climate crisis in the citizen agenda, with initiatives such as the first ASTEKLIMA - Basque Country’s Climate Week, held between 1 and 9 March 2019, with around a hundred activities with something for everyone organised at 49 Basque municipalities.

The Change the Change International Climate Change Conference, held in San Sebastián from 6-9 March this year, was the main event of that week. Over its three days, it gathered together 57 of the top-tier international climate change experts and its programmed activities attracted over 1,000 people. The Conference was covered by 137 professionals from 52 accredited media, including correspondents representing foreign media.

Both the Change the Change Conference and the first ASTEKLIMA sought to raise awareness of and to urge people to talk about climate change, along with encouraging citizens to embrace a personal commitment with specific actions in their everyday habits, on the basis that any action, however small, makes a difference.

The Climate Leaders Awards driven by The Climate Reality Project, the initiative set up by Al Gore, annually recognises the key figures in the fight against climate change in Spain. The award ceremony with take place at Kinépolis Ciudad de la Imagen in Madrid this evening, 24 October, to coincide with the International Day of Climate Action.

Under-18 public figure: Greta Thunberg and Fridays For Future (FFF)

The award will consist of an original work by the artist Miguel Vallinas, a photograph of the “Roots” series on board depicting Mother Nature.