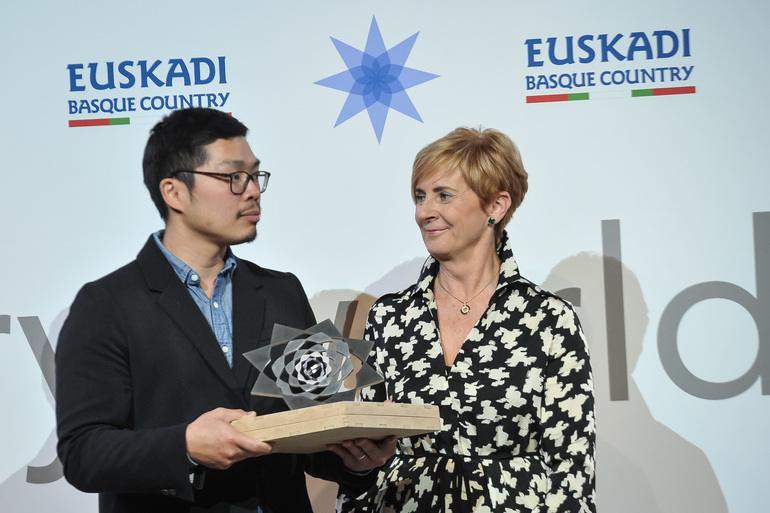 Through his ZeroFoodprint project and the Perennial Farming Initiative, Myint explores the interrelations between restaurants and the environment. The chef advises food businesses on viable options to reduce their carbon footprint, and even to go carbon neutral.  He has convinced dozens of high-end restaurants around the globe to join his crusade for sustainability, including Norma (Denmark), Benu (San Francisco) and Atelier Crenn (Dominique Crenn).

The €100,000 awarded to the winner of the Basque Culinary World Prize will be used to disseminate the ZeroFoodprint initiative around the world and help different establishments to develop sustainable practices and solutions adaptable to their conditions. This will help it to achieve the final goal, which is to make the whole of society aware of the need to tackle climate change globally. In the words of the winner, Anthony Myint:

“Receiving the Basque Culinary World Prize is the greatest honour of my culinary career. But what is most important is that the prize and the pledge by the acclaimed chefs on the jury to sign up to the Zero Foodprint initiative, will show the world that restaurants can get society to combat climate change”