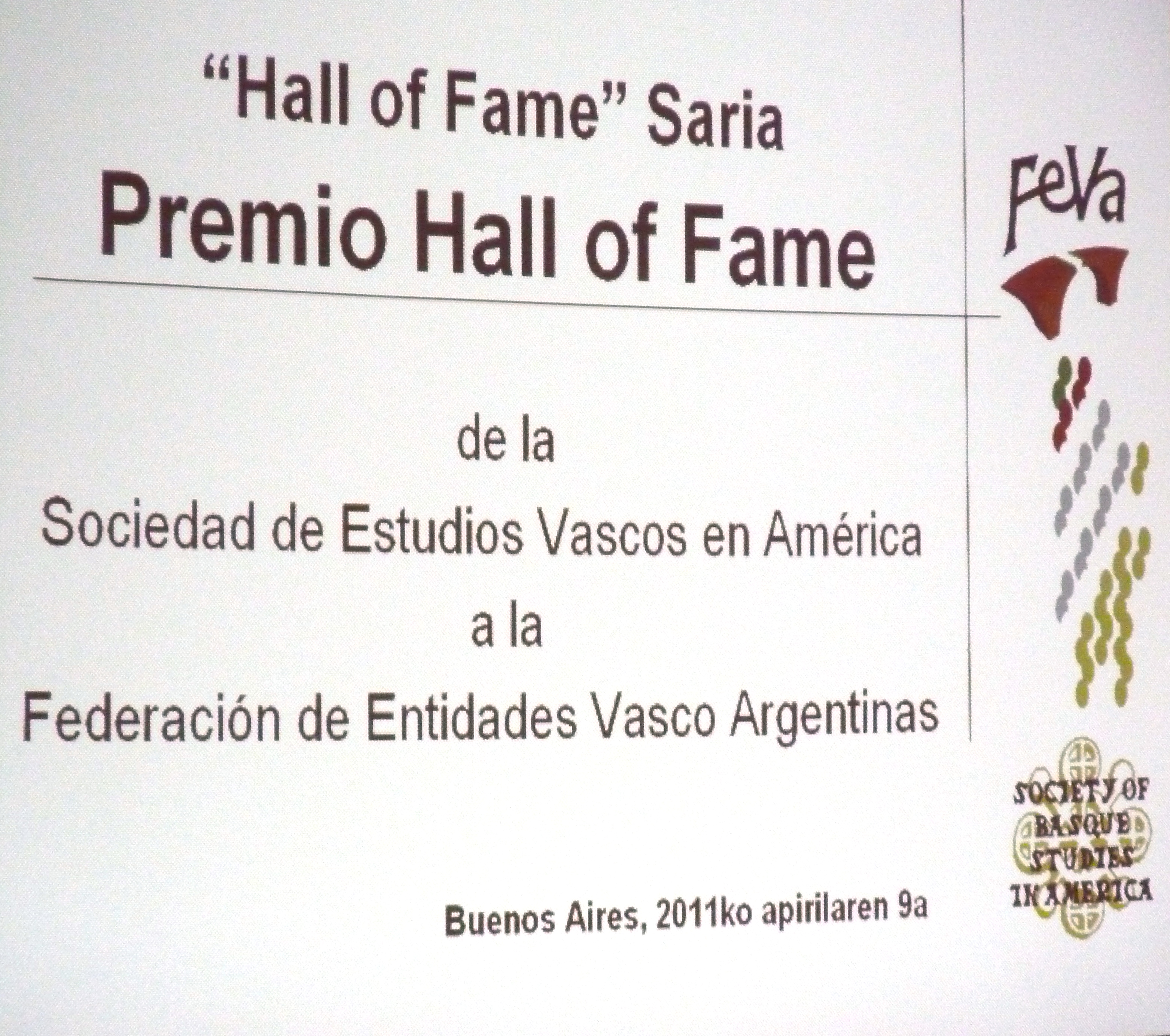 The Basque Hall of Fame award was given to the Federación de Entidades Vasco Argentinas (Federation of Basque Organisations in Argentina - FEVA), an umbrella organisation for all the Basque cultural centres in Argentina. The prize-giving ceremony was attended by Julián Celaya, the Director of Relations with Basque Citizens and Organisations Abroad and Elvira Cortajarena, the Basque Country delegate to the Mercosur economic alliance of countries in South America.

In front of an audience made up of representatives from the 80 Basque cultural centres in Argentina, Mark Doyaga of the Society for Basque Studies in the Americas handed the prize to FEVA President Ricardo Basterra. The prize is awarded once a year to the individuals or institutions that have made a contribution to the culture, wellbeing and/or history of Basques in the Americas.

The award is recognition of FEVE's status as one of the foremost Basque organisations in the world. As Doyaga stated, since 1955 "FEVA has served as an example of leadership and coordination of Basque cultural centres in Argentina and has a long history of celebrating Basque identity and culture outside the provinces of the Basque Country. FEVA is the largest Basque organisation in terms of both membership and the number of affiliated centres and it offers a wide variety of activities, such as Basque language classes and literature, history, sport, music and dance classes".

The Basque Government representatives were joined at the ceremony by their counterparts from the Argentinean Government: José Luis Barbier from the Ministry of the Interior and Rafael Follonier from the President's Office. Also present were the former presidents of the federation and members of the press. The awarding of the distinctive plaque was given special emotion by the performance of an aurresku, a special dance paying homage to the delegation, and songs from the Lagun Onak choir