The impact of poverty remains stable in the Basque Country 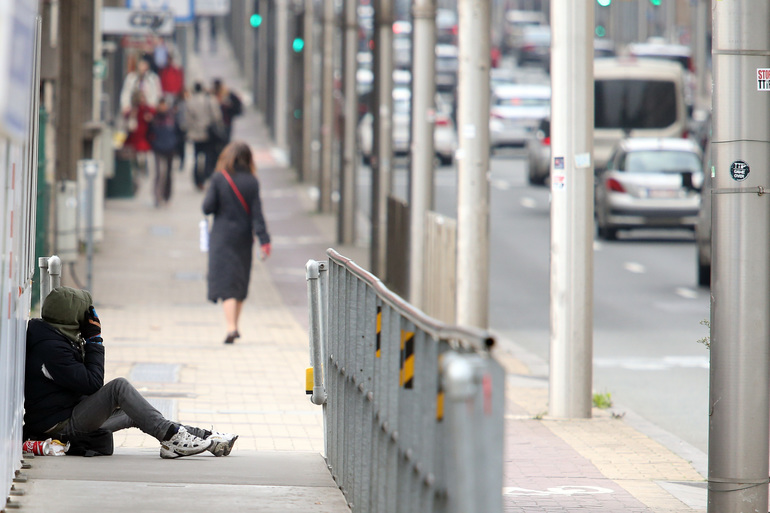 The poverty survey held last year in the Basque Autonomous Community shows, in fundamental and purely statistical terms, a tendency towards stabilisation, and the Basque Country, with 5.1%, remains below the European average, which stands at 6%. The real human poverty index, EPDS (Survey on Poverty and Social Inequalities), measured by the Basque Government Ministry of Employment and Social Policies, reflects the expectations of an increasingly more prosperous and advanced society in Europe. Society as a whole demands higher levels of goods and services and the level of needs increases.

This survey carried out by the Statistical Body of the Ministry of Employment and Social Policies constitutes a technical, extensive and fundamental tool for learning the evolution of social needs and of the main indicators of poverty or of the absence of well-being in the Basque Autonomous Community. A technical meeting will be held on September 25 in order to take an in-depth look at the dynamics and trends detected with analysis of the data obtained from the work.

Evolution in the Basque Country in the period 2016-2018 is characterised by a strong increase in the level of income. Thus, the median of equivalent income per capita, which establishes the level of the different Eurostat levels of income poverty, rises by 4.4% between 2016 and 2018. The relative results of measuring the different kinds of poverty and absence of well-being are conditioned by the rising trend of incomes, and of the associated life expectancies.

The indicators offered by the EPDS, completely objective, reflect the changes in needs perceived by the social majority who live unaffected by poverty and other kinds of absence of well-being. The significant drop in the perception of poverty among the collectives who find themselves in this situation is relevant and advises an analysis of the objective EPDS indicators parallel to the perception of the people at greatest risk. We can therefore see that the tendency towards stabilisation of the real poverty indicator in the Basque Country (with a statistically stable rate of between 5.7 and 6.1% in the period 2014-2018) is accompanied by an obvious improvement in the perception of the poorest population, with subjective poverty indicators which are clearly dropping.

The proportion of people in homes that consider themselves to be poor or very poor stands at barely 2.7%. The proportion falls with respect to the 3% of 2012 and 2016 and positions itself at a level very close to the 2.6% of 2014. It is very similar to levels prior to the economic crisis, when this proportion stood at 2.1-2.2%.

Some 60.8% of the people in the objective situation of real poverty come from homes which, in subjective terms, indicate that they get by in regard to meeting their needs, or that they even live with a certain degree of comfort. This proportion is now at its highest level and stood at only around 44% in the years of economic crisis; having stood at 39.5% in 2012 and at the minimum of 36.1% in 2014.

The improvement noted in the subjective indicators has clear objective grounds. One of these is the substantial reduction in food problems and other serious poverty indicators in the income dimension.

Outstanding with respect to the aspects more directly connected to poverty, between 2016 and 2018, is the clear improvement in covering food needs, an improvement which more intensely prolongs that already observed between 2014 and 2016. Thus, the percentage of the population which has experienced any of the problems of food insecurity (FSS scale) in the last twelve months has fallen from 7.5% in 2014 to 6.7% in 2016 and to 3.9% in 2018. This percentage represents the lowest level since the 3.5% of the year 2000.

Fall in the AROPE indicator

The reduction in the AROPE indicator of material deprivation or severe material scarcity offers a particular significance between 2016 and 2018. After reaching, in 2016, the highest level since 2000, with 6.4%, the impact of material deprivation drops to 5.6% in 2018. The change of trend in this indicator is significant because it is one of those which had risen most during the crisis.

The need to reduce basic costs shows a downwards trend in the Basque Country. The favourable line shown by the AROPE global indicator of material deprivation is confirmed by the significant reduction in the proportion of people in homes which have been obliged to reduce basic costs in the last year. In 2018, this proportion drops to 11.7%, some five points lower than the 16.5-16.7% of the years 2012 and 2016.     The trends observed reflect an overall improvement in living conditions linked to the regular covering of the basic needs of a significant part of the population in the worst socio-economic situation in the Basque Country.

In 2018, the Basque Country continues to hold its place among the societies with lower levels of inequality in Europe. The Basque Autonomous Community Gini coefficient stands in 2018 four points beneath that of the European Union (26.7 compared to 30.7) and 3.7 with respect to countries in the Eurozone (26.7 compared to 30.4).