Minister Artolazabal highlights “the initiatives and positive steps of the Government of Scotland, thanks to the transfers and its own management in terms of employment and social services” 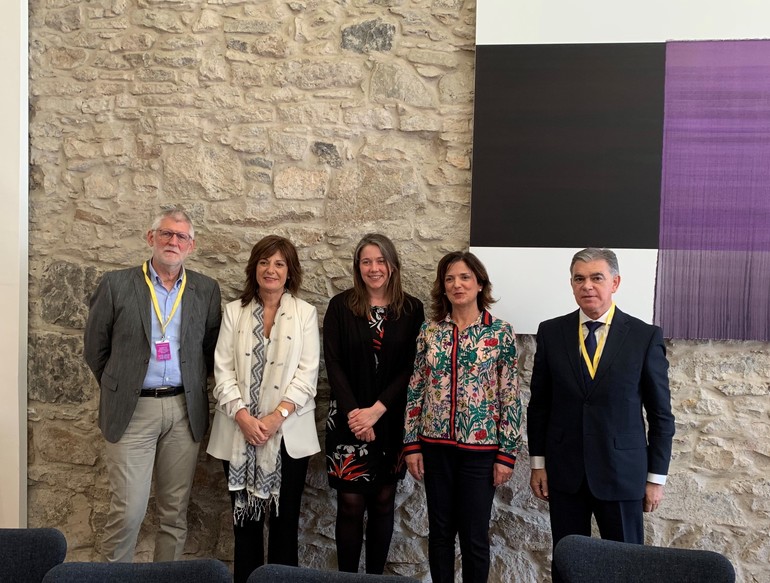 The Minister of Employment and Social Policies of the Basque Government, Beatriz Artolazabal, commented that "the countries that give more support to the development of our social policies are carrying out similar initiatives that place us in advanced positions in the European Union. This is the case of Scotland and Euskadi, thanks to our own management capacity ".

Artolazabal has held several meetings today with the Scottish Minister Aileen Campbell -of Communities and Local Government and Social Security and the Elderly, visiting later the works of the "Edinburgh Capital City Partnership St James" training and promotion center in Edinburgh. Then the series of contacts and work started yesterday with the Government of Scotland has ended.

"The Scottish Government stands out for its commitment to building a society without poverty and inequality and for that it has a Plan of Action for a more Equitable Scotland (Fairer Scotland Action Plan). We aim to achieve, in 2030, a just, rational and inclusive Scotland with one of the lowest poverty rates in Europe. We want equal opportunities for all", explained Beatriz Artolazabal, Aileen Campbell, Minister of Communities and Local Government who directs the comprehensive strategy of poverty reduction of the Government of Scotland.

In 2017, the Scottish Parliament unanimously approved the Child Poverty Act, making it the only part of the United Kingdom that legislatively expresses its commitment to the fight against child poverty. This law has a series of objectives, for 2030, based on multi-year plans.