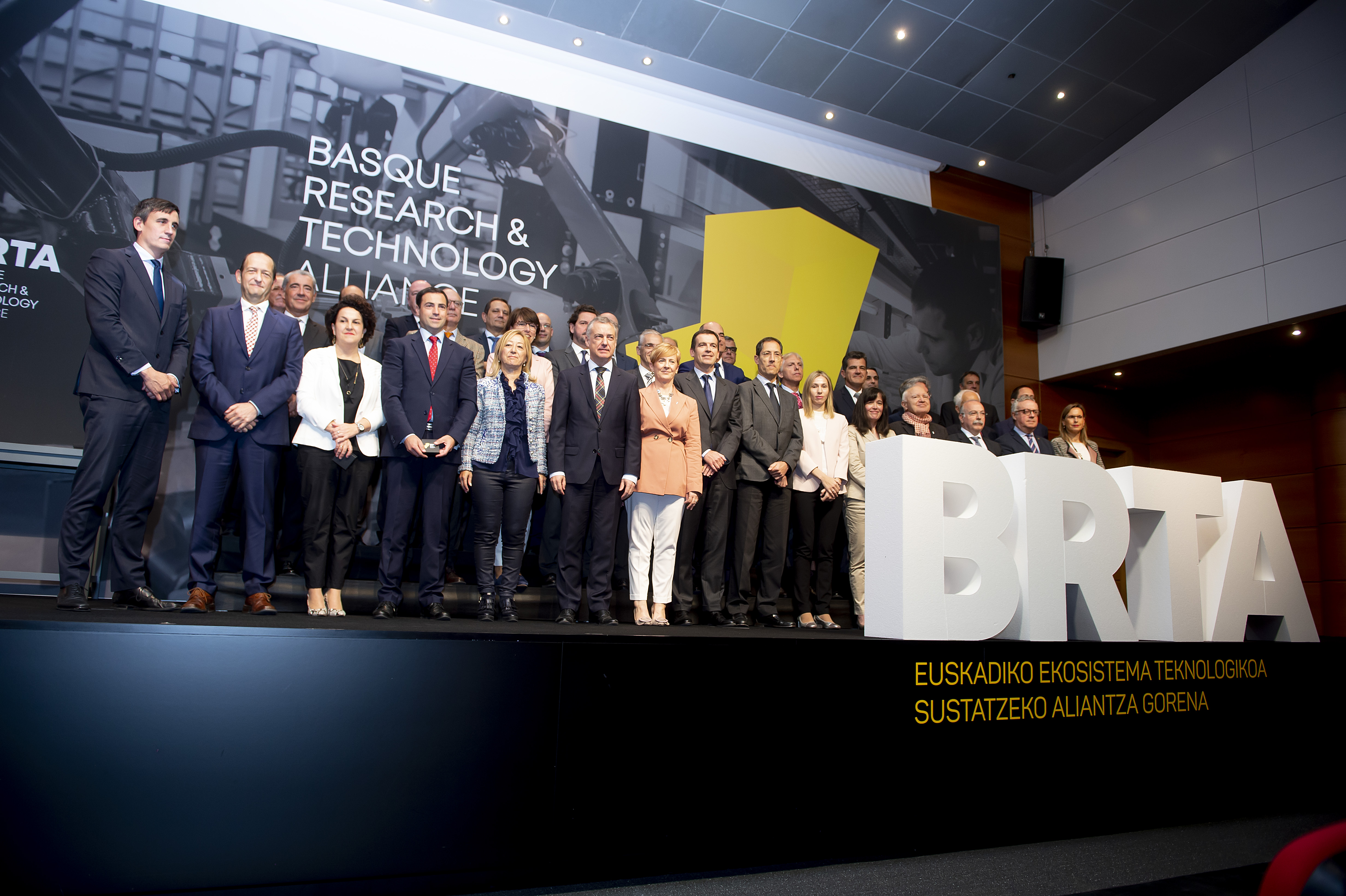 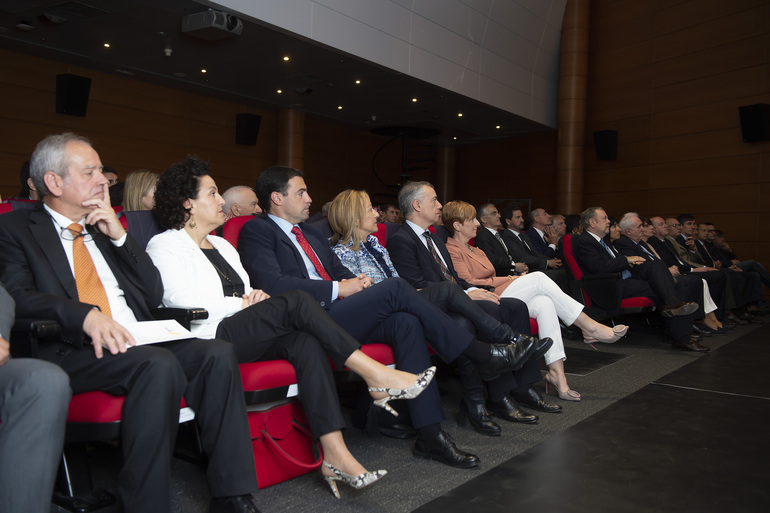 Lehendakari Iñigo Urkullu, the Basque Premier, launched the Basque Research and Technology Alliance (BRTA) this morning, during a ceremony attended by the Basque Government’s Minister for Economic Development and Infrastructure, Arantxa Tapia, who will chair the BRTA.  All the centres that have already signed up to the Alliance and the three Provincial Councils, whose membership applications were approved today, were there.

The Basque Research and Technology Alliance (BRTA) has been set up as the result of a partnership agreement between the Basque Government, the SPRI Group,  Álava, Bizkaia and Gipuzkoa  Provincial Councils and 16 technology and science stakeholders belonging to the Basque Science, Technology and Innovation Network (4 collaborative research – CIC Biogune, CIC Nanogune, CIC Biomagune and CIC Energigune- and 12 technology centres  –Azterlan, Azti, Ceit, Cidetec, Gaiker, Ideko, Ikerlan, Lortek, Neiker, Tecnalia, Tekniker and Vicometch). Its main objective is to ensure a cooperation dynamic that allows the future industrial and technological challenges facing the Basque Country to be addressed and its international positioning improved. Its headquarters are based on the Kurutz-Gain industrial estate in Mendaro (Gipukzoa).

The main purpose of this new structured unveiled today is to generate cooperation dynamics and accrue critical masses to address the industrial challenges of the Basque Country. The aim is to foster synergy and strengthen the reinforce the capacities of all the stakeholders involved to be able to compete with the leading international corporations in research (in keeping with the guidelines of the Science, Technology and Innovation (PCTI) 2020).

International positioning and capacity of the BRTA alliance

The Basque Country is already among the European Union’s group of high innovation regions. Even though the CAE is very small in geographical and population terms in the global context, the  combined high scientific and technological capacities of the research centres under the umbrella of the BRTA alliance means that the new consortium is positioned as a stakeholder with a comparable size to international leading scientific-technological corporations, such as RISE (Sweden) or SINTEF (Norway).

The BRTA Alliance coordinates combined capacities involving 3,700 people and a turnover of €300 million and which implements nearly 22% of the Basque Country’s spending on R&D. The main figures of the scientific-technological capacities can be summarised as 1300 indexed scientific publications and 100 EPO and PCT patents a year.

The new consortium will be working in different areas of activity. On the one hand, it will coordinate the scientific-technological capacities of the members of the alliance. Furthermore, it will coordinate the development of human resources of the stakeholders around common guidelines for the research staff career plans, contracting key researchers and identifying and sharing good practices.

This morning, the BRTA General meeting approved the appointment of the person to manage the new consortium.