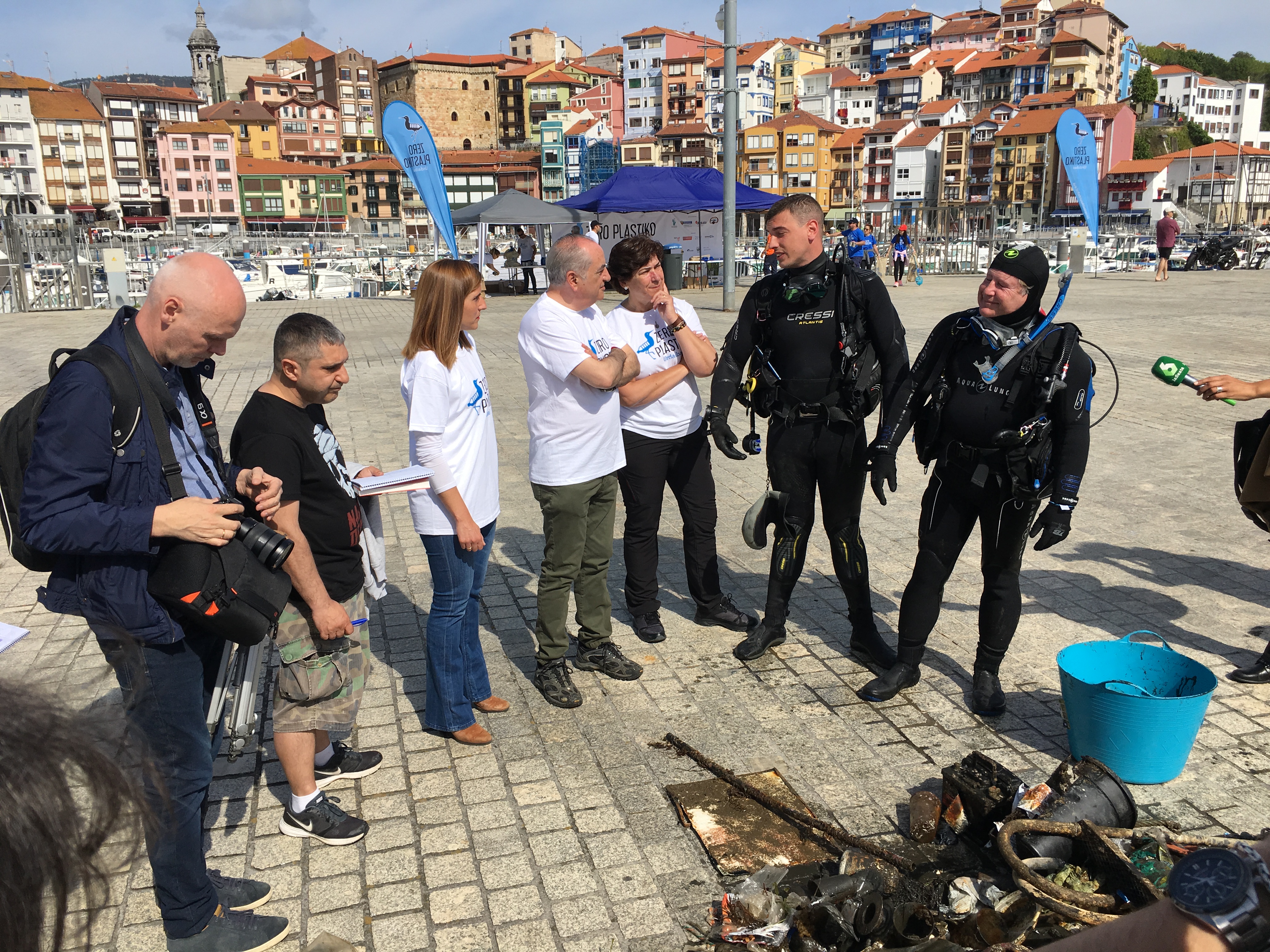 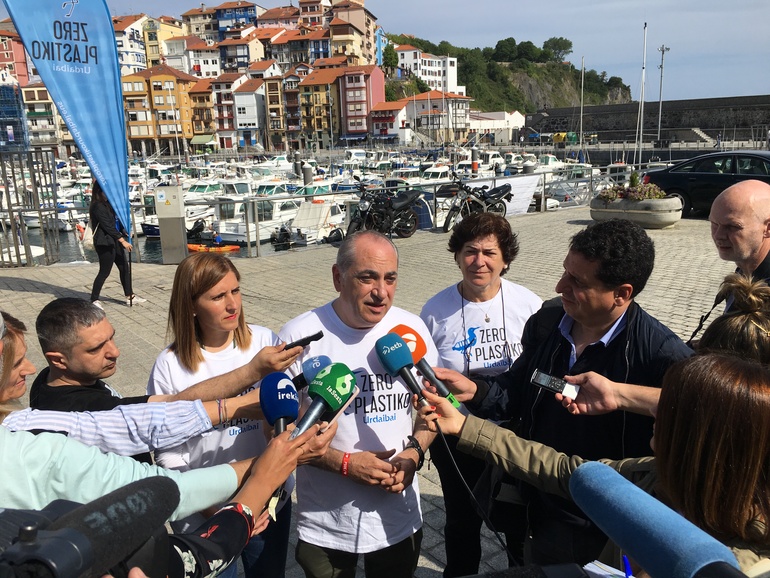 The Minister for the Environment, Territorial Planning and Housing of the Basque Government, Iñaki Arriola, expressed his great satisfaction with the day for the collection of plastic from public areas that took place today along the coast of Urdaibai, and also in points inside the Biosphere Reserve because “8 tonnes of all types of plastic were collected” and because of “the high level commitment shown by all the participants” throughout the day.

2,500 volunteers of all ages, 300 divers from all over the Basque Country and the surrounding areas, as well as hundreds of boats collected 8 tonnes of plastics and other waste.

“In addition to all the waste that was collected, one of the keys was the awareness raised among all the participants. Today has served to let all of us know that with the small efforts we make on a day-to-day basis we can achieve very important general objectives”, explained Minister Arriola.

The Zero Plastiko Urdaibai campaign coincides with the celebration of World Oceans Day (June 8) and comes three days after World Environment Day (June 5). The purpose of the initiative is to raise awareness about the amount of rubbish and plastics, mostly single-use plastic, contaminating the coastline and marine ecosystems. In fact, 70% of sea and ocean litter is abandoned fishing gear, micro-plastics and disposable plastics such as bags, cutlery or glasses.

It is estimated that it takes at least 500 years for a plastic bottle to degrade on the seabed, and further 100 years for a fishing line to do so. And it takes a simple plastic bag more than 50 years to decompose completely.

Urdaibai is a natural area of extraordinary beauty and ecological wealth, declared a Biosphere Reserve by UNESCO in 1984. It covers a total of 22,000 hectares, made up of a mosaic of cliffs, mountains, beaches, rivers and groundwater, which converge with caves, natural forests, marshes and great biodiversity in the estuary formed at the mouth of the River Oka.

Proof of this are the 729 species of fauna, 821 species of flora, 86 habitats and 52 places of geological interest that it houses, as well as 3 Special Conservation Areas (SAC) and a Special Protection Area for Birds (SPA), integrated into the Natura 2000 Network.

Zero Plastiko Urdaibai is a sustainable event with Erronka Garbia certification issued by Ihobe, the Basque Government's public environmental management company. For this reason, the organisers promoted the use of public transport (Bizkaibus and Euskotren) to go to the meeting points of Bermeo and Gernika-Lumo, and there was also a shuttle bus system running from the first thing in the morning.