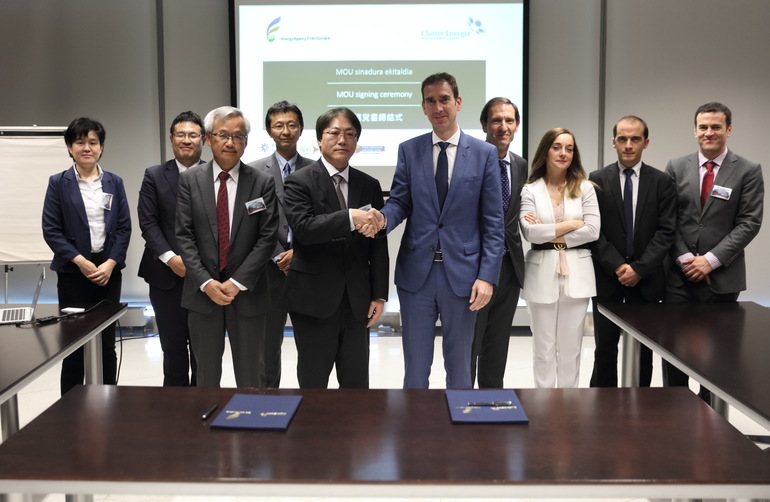 A delegation from the Fukushima Prefecture (Japan) has visited the Basque Country, a trip organised by the Basque Trade & Investment, part of the SPRI Group, to sign a renewable energy partnership agreement . The 2011 earthquake and subsequent tsunami devastated that area and the Japanese Government has implemented different  reindustrialisation and energy diversification programmes with the focus on new renewable energies in order to generate a new future for that Japanese region.

After the visit to Japan by a Basque delegation led by the Minister for Economic Development and Infrastructures, Arantxa Tapia, last October, the Japanese Minister of Industry (METI) expressed its interest in learning the Basque energy sector in situ.  That led to a mission, in last February, of four representatives of the Fukushima Government and of its Energy Agency, led by Katsuzo Niizeki, the most senior representative and administrator of the prefecture’s industrial promotion policies.

This Thursday, the Basque Government, represented by the Deputy Minister for Industry, Javier Zarronandia, the Director of Basque Trade & Investment, Ainhoa Ondarzabal, and Director of the Basque Energy Board, Iñigo Ansola, took part in the ceremony to sign the partnership agreement between the Basque energy cluster and the Japanese delegation.