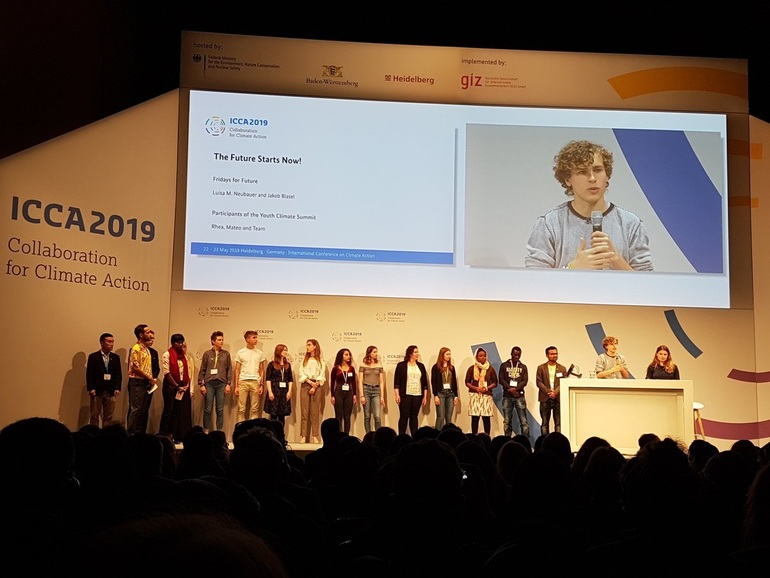 The Basque Government’s Deputy Minister for the Environment, Elena Moreno, and its Director of Natural Heritage and Climate Change, Aitor Zulueta, have been in the Germany city of Heidelberg (Baden Württemberg region) since yesterday to take part in the International Conference on Climate Action, which will gather together over 700 state, regional and local government leaders from 70 countries, under the slogan “Collaboration for Climate Action, until Thursday 23 May.

The Basque Country has been invited to showcase the key points of the Basque Government’s climate change policies. A High-Level Round Table on Thursday 23rd will focus on the best experiences of the most advanced regions and states, along with the challenges and barriers in each territory.

During that round table, Deputy Minister Elena Moreno will explain the planning and legislative initiatives being driven by the Department of the Environment, such as the new legislation regarding Environmental Administration and Conserving the Natural Heritage of the Basque Country, which are pending enactment, and the future Basque Climate Change Act. She will also showcase the institutional coordination in networks such as Udalsarea 2030, private-public partnership to drive Ecodesign and Ecoinnovation in the Basque Country, and the importance of the voice of the regions in Europe by means of the different international networks of which it is part, and the financing policy in that regard.

Cooperation networks and multilevel governance are the linchpin of this international conference, which will also discuss the role of the different administrative levels in the implementation of the integrated national energy and climate plans (NECPs); plans that all European states were required to submit to the European Commission before the end of 2018.  The different sessions will address the ambitions and targets set in each NECP, the resilience of the territories and the adaptation measures and will showcase climate action best practices and innovative solutions implemented in different regions.

After his speech, the Baden Württemberg delegation met Deputy Minister Elena Moreno and her team to explore different ways of future collaboration. The Basque Government’s participation at the Heidelberg Climate Action Conference is the result of those conversations.

Germany, and specifically the Baden Württemberg region, are a highly interesting benchmark for the Basque Country given the strength of its climate change actions and the problems faced in relation to the multilevel governance of the state, regions and municipalities, with a different degree of commitment to climate change at each of the administrative levels.