"The Hemingway Basque Route", a new and attractive route for the visitor 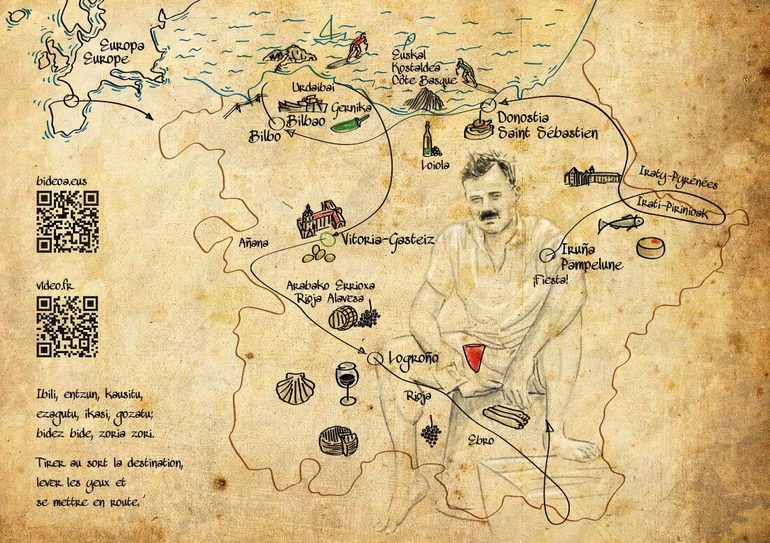 “Visit Euskadi”, the tourism portal managed by the Basque Government’s Department of Tourism, has launched a new route for visitors to tour the Basque Country through the eyes of Ernest Hemingway, the writer and journalist.

“The Hemingway Basque Route” aims to showcase the Pulitzer and the Novel Prize for Literature winner, who fell in love with these locations in the 1920s.

The proposed route includes six stages, under 2 hours long, throughout the Basque Country, which recreate his trips, step by step, with photographs and his feelings in those places.

The first stage, called "The Sun Also Rises / Fiesta” and 35 km long, takes the visitor from San Sebastián to Txingudi. The second, entitled “One of the Greats”, is 76 km long from the capital of Gipuzkoa to Eibar. The third stage, called “Basques are great”, starts from Eibar, known for its arms industry, and finishes in Bermeo.

"The Dangerous Summer" is the fourth stage that leaves from that fishing town and covers 59 kilometres to Bilbao.

The fifth stage, “The most civilised thing in the world”, links two Basque capitals: Bilbao and Vitoria-Gazteiz. A 100 km route that Hemingway travelled along so many times and which remains nearly unchanged.

And the last stage also links two cities. In this case, it takes you from Vitoria to San Sebastián, along the old N-1, the road that the American writer used most frequently on his travels after crossing the River Bidasoa, that forms the border with France. 118 km from the paradise of wine to the heaven of cider, and taking in iconic places of the culture and heritage.

“The Hemingway Basque Route” is, unquestionably, a perfect plan to discover the Basque Country in a relaxed way and following in the footsteps of one of the great writers of the 20th century, who fell in love with the Basque people and their culture so many years ago.

This is the second major Basque route designed for visitors to explore all of the Basque Country and thus increase their average stay, the main aim of the “Touring” tourist product.  The first was “The Basque Route”, an 8-stage journey across the length and breadth of the destination.