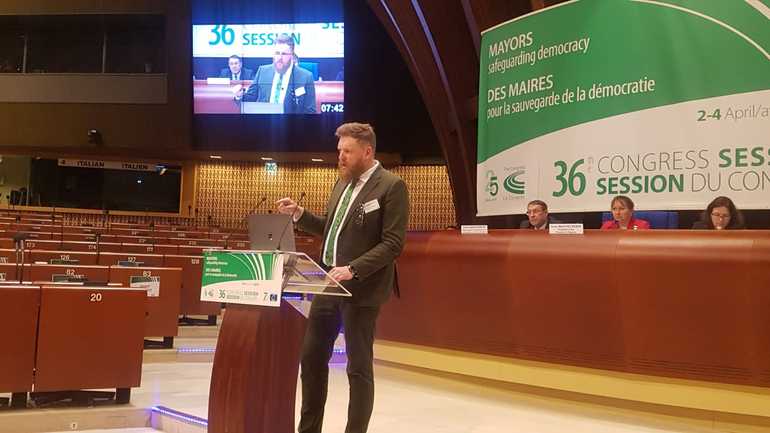 The Open Government Director, Luis Petrikorena, unveiled the action plan commitments of the OGP Basque Country initiative (Open Government Partnership), on behalf of the promoters (provincial councils, local councils and civil society) at the 26th Congress of the Council of Europe being held in Strasbourg from 2 to 4 April 2019.

Open Government was practically the only topic of the second day of the Congress. Luis Petrikorena’s presentation coincided with the one given by David Goessmann (Policy Analyst of the Public Governance Directorate of the Organisation for Economic Co-operation and Development (OECD) and the presentation by Donatella Porzi (President of the Conference of European Regional Legislative Assemblies (CALRE) and President of the Legislative Assembly of Umbria, Italy).

Once the presentations of the guest experiences had been given, the representatives of the different European regional governments then described the initiatives underway in the different areas related to open government: random participation, youth inclusion, transparency in public procurement, participatory budgets, etc. This all highlighted that open government policies at local level are evolving from a position of proximity.

Several participants expressed their interest in and knowledge of some of the policies being implemented by the institutions in the OGP Basque Country Action Plan. #OGPBasqueCountryi @Opengovernment #gobernuirekia”