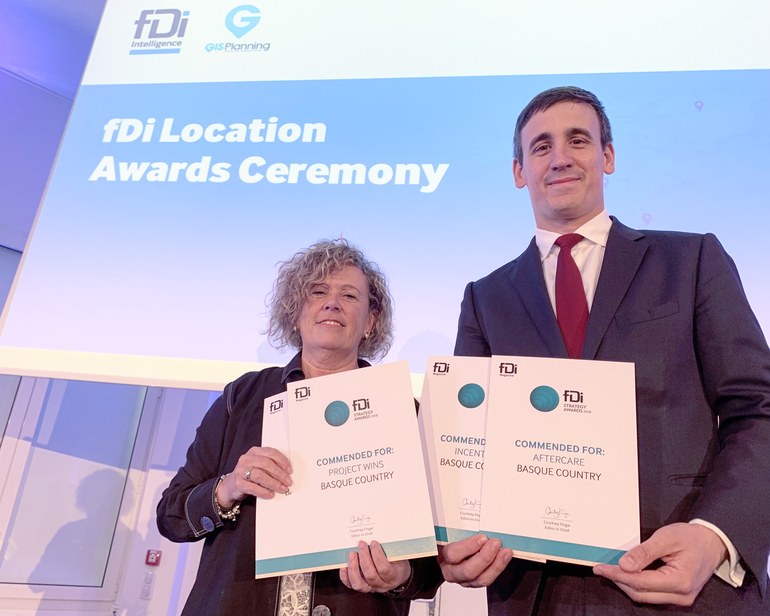 The SPRI Group General Manager, Alex Arriola, has today collected in Cannes the award that the Financial Times Group’s Fdi Intelligence magazine has, again, given to the Basque Country in recognition of its being an attractive territory for foreign investment. On this occasion, four aspects have been recognised of the Invest in the Basque Country strategy of the SPRI Group and of the Basque Government, specifically support for already established companies, Bind 4.0 – the private-public start-up accelerator programme, the incentive systems, as well as the projects to attract foreign investment in the Basque Country, such as Viralgen, the US company.

The Basque Country currently has over 1,000 foreign capital companies with over 10 employees that account for 10% of the total companies and employ over 52,000 people. Industry accounts for nearly 46% of the foreign investment companies and their medium size is greater than the average. In 2015, those companies contributed over 13% to the GDP and accounted for 9.9% of employment between 2008-2015.