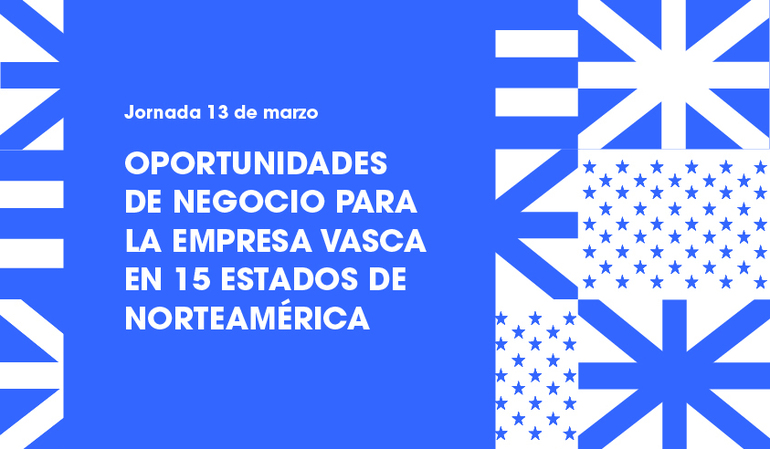 The Basque Country has been selected by the governors of 15 US States as an attractive country to target to attract business investments thanks to the work of the Basque Internationalisation Agency. On 13 March, a working session will therefore be held in Bilbao, also under the aegis of the US Embassy, when, apart from showcasing those States as markets where Basque companies can invest and do business, there will be the opportunity to request B2B one-to-one meetings with the States’ representatives at the event.

Apart from the Embassy staff, representatives of the States of Colorado, Florida, Georgia, Illinois, Indiana, Iowa, Kentucky, Ohio, Tennessee, Virginia, South Carolina, and from Maryland, New Jersey, Pennsylvania and West Virginia will travel to the Basque Country.  The latter four will be represented by First Energy, one of the most important US energy companies and which is tasked with supporting companies who are thinking of setting up or growing in those States.

This action, which is the largest delegation of different US States represented in a single mission to the Basque Country, will only be implemented in six other European cities: Porto, Barcelona, Madrid, Roma, Milan and Venice.  Companies can register for the session and request a one-to-one meeting at https://www.spri.eus/es/oportunidad-de-negocio-para-la-empresa-vasca-en-15-estados-norteamericanos/

The United States is one of the priority countries defined in the Strategic Plan of the Basque Government’s Ministry of Economic Development and Infrastructures.  Therefore, this mission by 15 States to Bilbao is an opportunity to make further progress in achieving those targets. Furthermore, it will coincide in time and complement the direct institutional and business mission that a week earlier Minister Arantxa Tapia will lead to that country to consolidate trade relations between the Basque Country and USA.

The session will last an hour, from 11.00 a.m. to 12.00 noon, and be held at the headquarters of the Basque Internationalisation Agency in Bilbao. The personal and bilateral meetings will be held between the representatives and companies  of each State and the companies interested in expanding their investments or embarking on new projects in those States and which have been previously registered and come under the sector interested shown by each State.

Trade relations with the Basque Country

The United States is the third destination of Basque exports, after Germany and France. The main products exported to the USA in terms of their economic value are: oil, petroleum derivatives and similar, road vehicles, iron and steel, metal manufactures and machinery and industrial equipment.

The export figure has increased in recent years, except for the 10.5% downturn in 2016. There was a rise of 7.14% last year until November, compared to the whole of 2017, and the increase will therefore be equal or higher than for 2017.

According to the records of the Basque Internationalisation Agency-Basque Trade & Investment, there are over 80 Basque companies in the USA and they have around 130 establishments (affiliates or delegations). Fifty-eight of them are trade, 38 production and 12 service companies.