Minister Beatriz Artolazabal: "The Basque Country, with its forecast of care for the elderly in the “Euskadi Lagunkoia” project, is one of the leading countries of the European Union in the promotion of active aging" 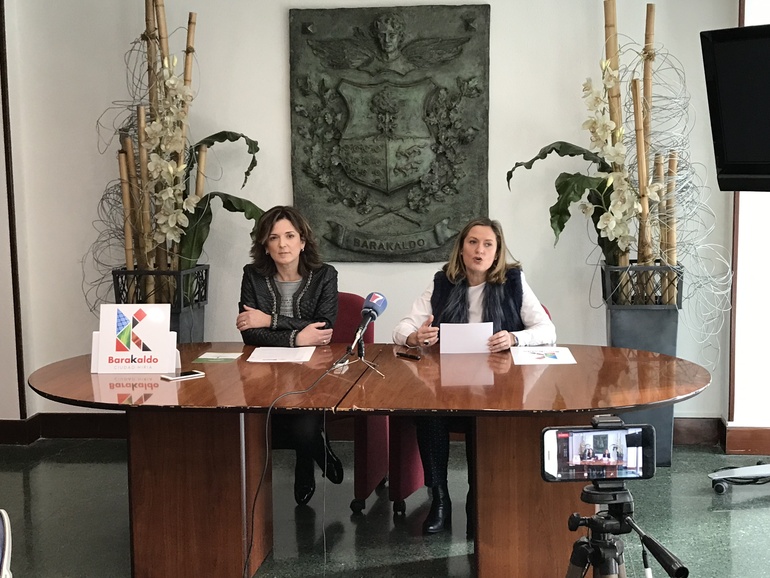 The Minister of Employment and Social Policies of the Basque Government, Beatriz Artolazabal, believes that "the Basque Country, with its anticipation of care for the elderly so that they enjoy the best living conditions thanks to their constant empowerment promoted in the Euskadi Lagunkoia project, it becomes one of the leading countries of the European Union in the promotion of active aging ". With the accession today of Barakaldo, the network Euskadi Lagunkoia has 61 municipalities that group a total of 344,998 older people, which means that 71.3% of the largest population of Euskadi is in the Euskadi Lagunkoia Network.

Artolazabal participated this morning in the signing of the accession of Barakaldo to the Euskadi Lagunkoia network together with Amaia del Campo, Mayor of Barakaldo, and Mikel Antizar, councilor of Social Action of Barakaldo. "The initiatives and proposals that have been launched from Euskadi Lagunkoia to date have been numerous and diverse with broad citizen and foreign support, as we have been an example for different places and countries, such as Brazil, Australia, Portugal, Canada, Switzerland, or Scotland, to name a few examples "has indicated Artolazabal

Minister Artolazabal thanked mayor Amaia Del Campo for her "personal commitment and that of her team to join the Network Euskadi Lagunkoia. One of the characteristics that stand out from our network is the diversity of municipalities that are members and the coverage that it offers. Barakaldo -the fourth municipality of the Basque Country in population- has more than 23% of its citizenship that has exceeded 65 years of age, something above the average of the Basque Country (Euskadi in basque language ".

"Thanks to the medical and social advances and the quality of life that we enjoy here, our life expectancy is the second largest in the world, behind Japan and the best in Europe. That shared social achievement that we must celebrate and value, will also bring us opportunities and challenges. In the Basque Country we face the aging of our population from the momentum to active aging" has indicated the basque Minister of Employment and Social Policies.