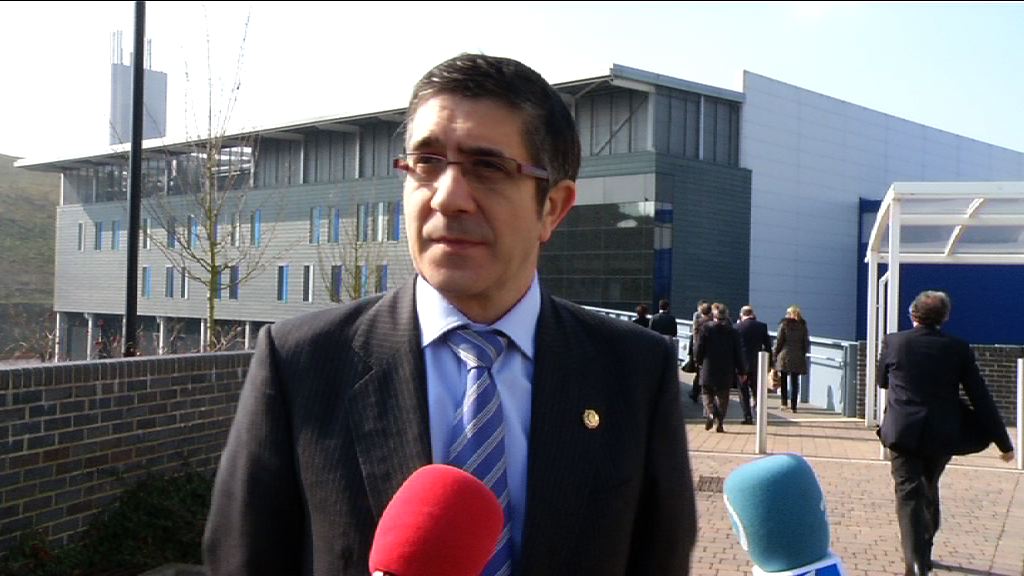 Declarations by the Lehendakari this morning in Oxford after learning of the "Otazua" cell's plot to assassinate him on the anniversary of the assassination of Eduardo Puelles.

The Lehendakari, Patxi López, reiterated the Basque Government's "commitment" and "determination" to combat ETA and "pave the way for a new era in the Basque Country". This was the Lehendakari's reaction to the reports on the intentions of the "Otazua" cell to kill him during the anniversary of the assassination of Eduardo Puelles. The Lehendakari explained that the first thing he did after hearing the news was to "think about all those residents of the Basque Country who have received threats and live under the threat of terrorism because of their ideas, their profession or for attempting to make a success of their business." "And all this does is reaffirm the need to be steadfast in the fight against all those who believe that violence is a solution, when it is no more than killing people, and the fight against those who wish to impose their ideas in a totalitarian manner," he stressed. The Lehendakari, currently in England on an official visit, drew attention the fact that the current Basque Government "was formed under the direct threat of ETA", and is therefore one of the "prime military objectives" of the terrorist group.