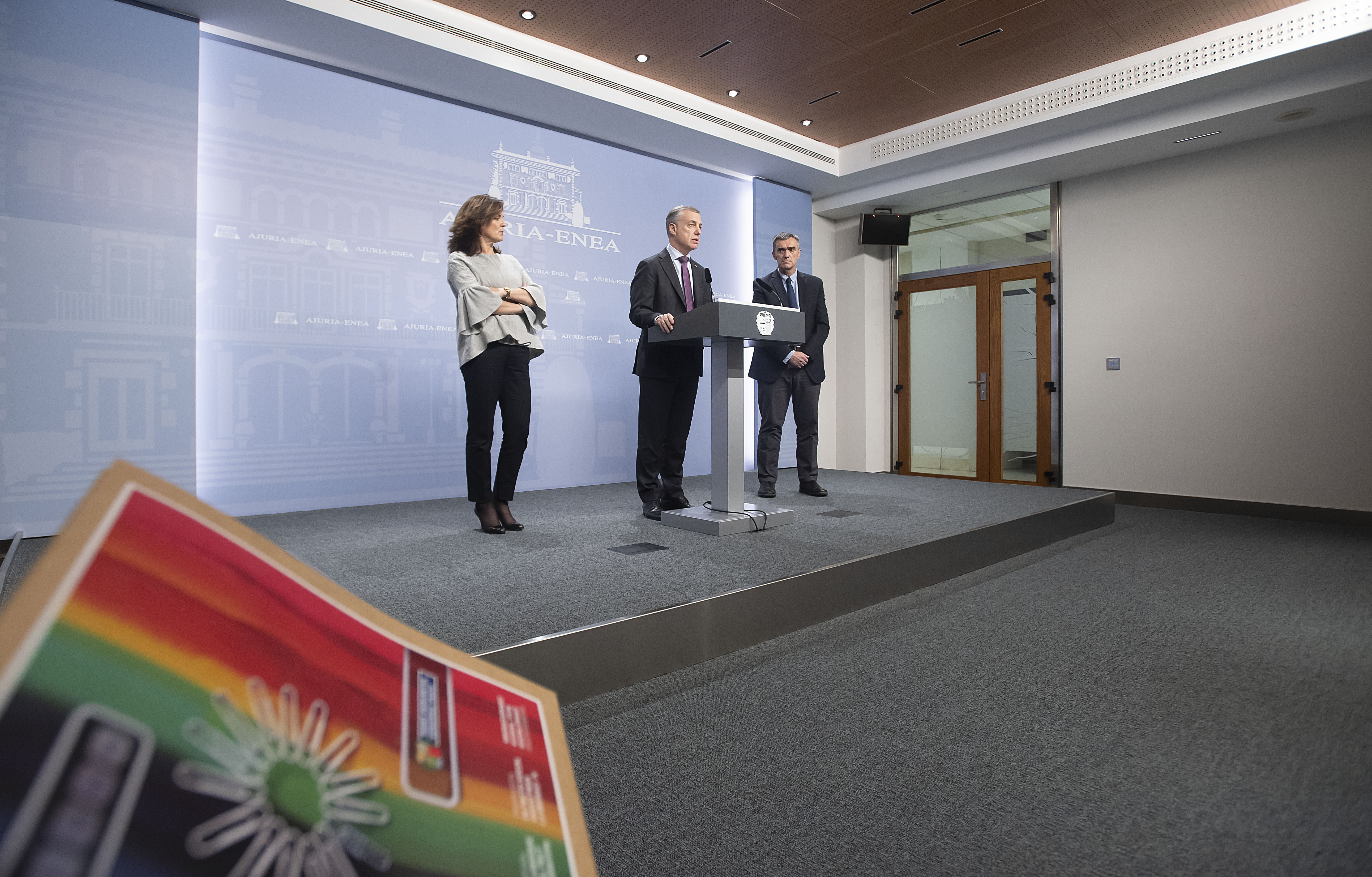 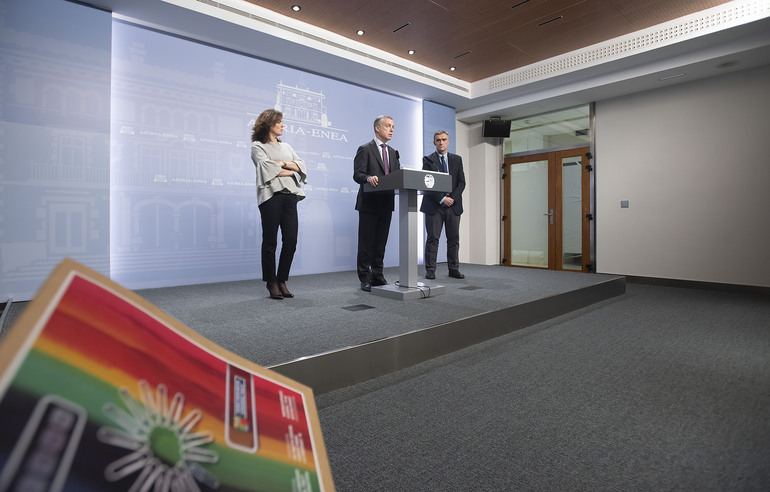 "Migration is not a situational phenomenon but rather a structural reality across the world, in Europe and in the Basque Country. Domestic and European law, international humanitarian law, and human rights law all enshrine the obligation to respond appropriately to migration. There is a regulatory aspect to this. Immigrants, asylum seekers, unaccompanied foreign minors, migrants in transit and migrants in vulnerable situation all have rights and obligations which must be met through the appropriate channels.

Democratic ethics also play a role in migration, because it defines a society’s capacity for solidarity and civilised behaviour. Individual and collective reactions to helpless neighbours are put at stake. Either the save yourself is imposed or the possibility of sharing in the common good is fostered. One basic principle of universal ethics says do not do to others what you would not want done to yourself. When it comes to migration, the prevailing ethical principle is to provide what we would need to receive if we found ourselves in a similar situation.

In addition to the regulatory and ethical dimensions, the response to the migration challenge also ties into progress. The most prosperous countries have found ways to integrate migrant flows and cultural diversity. This factor is not indifferent to the demography challenge. European societies, and particularly the Basque community, need immigration to sustain the welfare model.

Despite this, there is a global proliferation of forceful discourses which depict the migrant as a threat. This is a prejudice loaded with untruths, racism and populism that stirs up fear to benefit partisan agendas. One consequence is that European ideals and values are unexpectedly thrown into doubt. Worrying symptoms emerge: factual re-establishment of external and internal borders, setbacks in recognising the human rights of refugees and immigrants, open political and institutional xenophobia, and the impossibility of building a common migration policy.

So far, the Basque Country has provided a united and solidary response to the migration challenge in its different expressions. However, the potential threat remains of a populist xenophobia built and ushered in by the demagogy. This proposal for a Basque Social Pact on Migration is a response to that context of obstacles and opportunities.

It comprises ethical, preventive, and proactive objectives. The ethical objective of this pact is to help strengthen the solidary and responsible response to the needs of migrants. The preventive objective is to create a transversal social and political unity which neutralises populist xenophobic agendas. The pragmatic objective is to encompass the migration challenge within a process of growth and progress for our society.

The individuals, entities and institutions who join this Basque Social Pact on Migration share the following starting points:

A. Political premise: pluralism. Diversity is an essential aspect of our history and collective identity. We defend a Basque society which is open to people from other cultures and of other origins, and which is committed to the values of pluralism in order to build an inclusive community.
B. Ethical premise: solidarity. The new migration challenges pose an ethical question that appeals for solidarity, non-discrimination, and equal rights and obligations for immigrant and autochthonous populations. We assume it as a shared commitment.
C. Pragmatic premise: need. In addition to family support policies, Basque society needs immigration in order to meet its workforce and demographic requirements. Immigration could contribute to growth in the Basque Country over the coming decades and we want to approach this as an opportunity.

TRANSVERSAL OPTIONS. Those who join this Pact undertake to implement the following transversal options, within the scope of our capacities and competences:
I. Coexistence. We stand for acceptance, integration, and an attitude based on solidarity, diversity and coexistence. We reject every discourse based on prejudice, stereotypes and stigma against people from other cultures or of other origins.
II. Cohesion. We firmly support universal education, healthcare and basic social services. We believe in maintaining channels for access to training and social/labour integration for jobs, and for access to housing, within a framework of equal rights and obligations.
III. Education. We promote the construction of inclusive education spaces as strategic assets for integration and coexistence. A pedagogy encompassing different realities and which promotes knowing and appreciating others has a decisive impact on our students’ social engagement process.
IV. Local environment. We affirm the relevance of the local environment as a strategic backdrop for effective integration into daily life. Municipal action to improve coexistence and boost social cohesion has pre-eminent value and must be supported and promoted.
V. Equality. We share a commitment to gender equality as a basic and fundamental principle for constructing our coexistence, and as a factor which has a universal inter-cultural and inter-religious impact.
VI. Languages. We believe that learning the languages of the receiving society is crucial to migrants’ integration and adjustment and we provide the necessary resources in that regard.
VII. Collaboration. We promote the pre-eminence of cooperation between the different institutional and social levels. Collaboration is more necessary in this area than in any other. Sharing what unites us instead of what separates us.

Together with the above mentioned, we firmly support the development of the following specific commitments within their respective fields:

1. Co-responsibility. Collaborating with other actors to promote the principle of co-responsibility across the entire EU, in terms of loyalty and collaboration with national and European institutions, and with proposals which reflect the commitment asked for and offered.
2. Conviction. Maintaining social and political unity which makes use of the strength of its democratic majority to stand against any aspiration to extract political or electoral gain using xenophobic messages.
3. Regularised immigration. Promoting channels which increase the possibilities for regularised immigration and which consider the reality of the countries of origin, the migrant’s intentions and the needs arising from the demographic challenge in Europe.
4. Asylum seekers and refugees. Developing actions for quantitatively and qualitatively improving the reception and integration of people seeking international protection and refugees in Europe, in Spain and in the Basque Country.
5. Migrants in vulnerable situation. Providing the necessary resources to facilitate an appropriate humanitarian response to migrants in vulnerable situations, paying particular attention to women, minors, and victims of human rights violations.
6. Migrants in non-regular situation. Bringing together the necessary resources for providing a solidary and humanitarian response to the arrival of migrants in transit or those without regularised documentation. Said response should favour autonomy.
7. Unaccompanied foreign minors and unaccompanied foreign young people. Ensuring there are adequate resources to provide a shared, equitable and appropriate response to legal obligations, to the compliance with the principle of the best interests of the minor, and to a project aimed at integrating these young people into society and the workforce.
8. Humanitarian Intervention. Responding within the scope of our institutional capacities to humanitarian calls from international or local institutions and NGOs that work on the ground, whether in the Mediterranean Sea or in origin or transit countries.
9. Preventive Intervention. Supporting or developing cooperation projects aimed at transforming the causes of poverty, injustice, and inequality in migrants’ countries of origin and at promoting their local human capital and strengths.
10. Culture of coexistence. Sharing a culture of coexistence based on solidarity, co-responsibility, and the defence of pluralism, human rights and equality, and one which rejects any form of racism or discrimination.