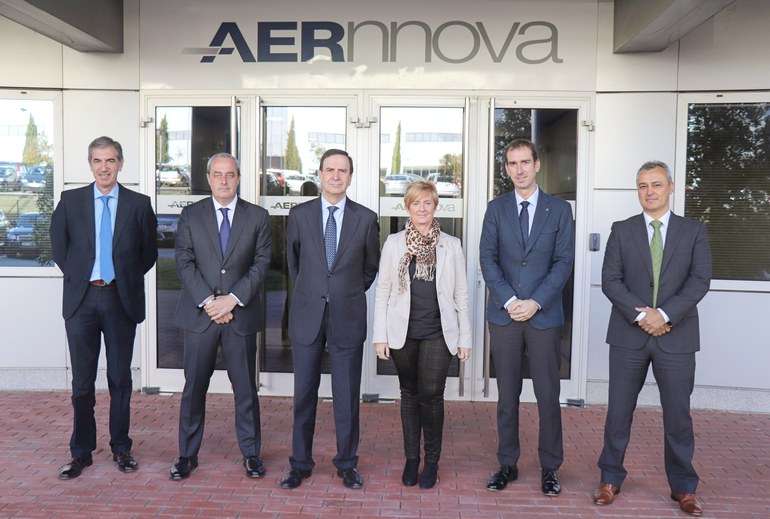 The opening of the new Aernnova centre in the Miñano Science and Technology Park was the scenario chosen by the Basque Government’s Minister for Economic Development and Infrastructures, Arantxa Tapia, to announce the European Institute of Innovation & Technology’s decision:   The project involving the Basque Country will lead the design and course of industrial manufacturing based on innovation ecosystems in Europe.

The EIT Manufacturing project will be managed by an international consortium, with 50 stakeholders from 17 countries, including Tecnalia, the IK4 Alliance, Aernnova, the Mondragon Group and ITP Aero.

This consortium will have 5 innovation centres, one of which will be located in the Basque Country, so that the international and local stakeholders of the consortium will be particularly productive in generating innovation, training and entrepreneurship aimed at “Made by Europe” industrial manufacturing.

The network of centres will unite Bilbao, Gothenburg, Milan, Vienna and the German city of Darmstdat, and the Basque Country will be at the centre of its management.

Tapia pointed out that this initiative is supported by the European Commission and that it is particularly important in the Basque Country as it ratifies the commitment and effort of the latter regarding industry.

The Minister congratulated Aernnova for being part of the consortium and for the opening of its new machining centre that she deemed particularly important for the contribution it is going to make to generate jobs both quantitatively and qualitatively. An innovation centre where the collaborative work between the company with Tecnalia, Tekniker and Gaiker will be essential in the day-to-day work.