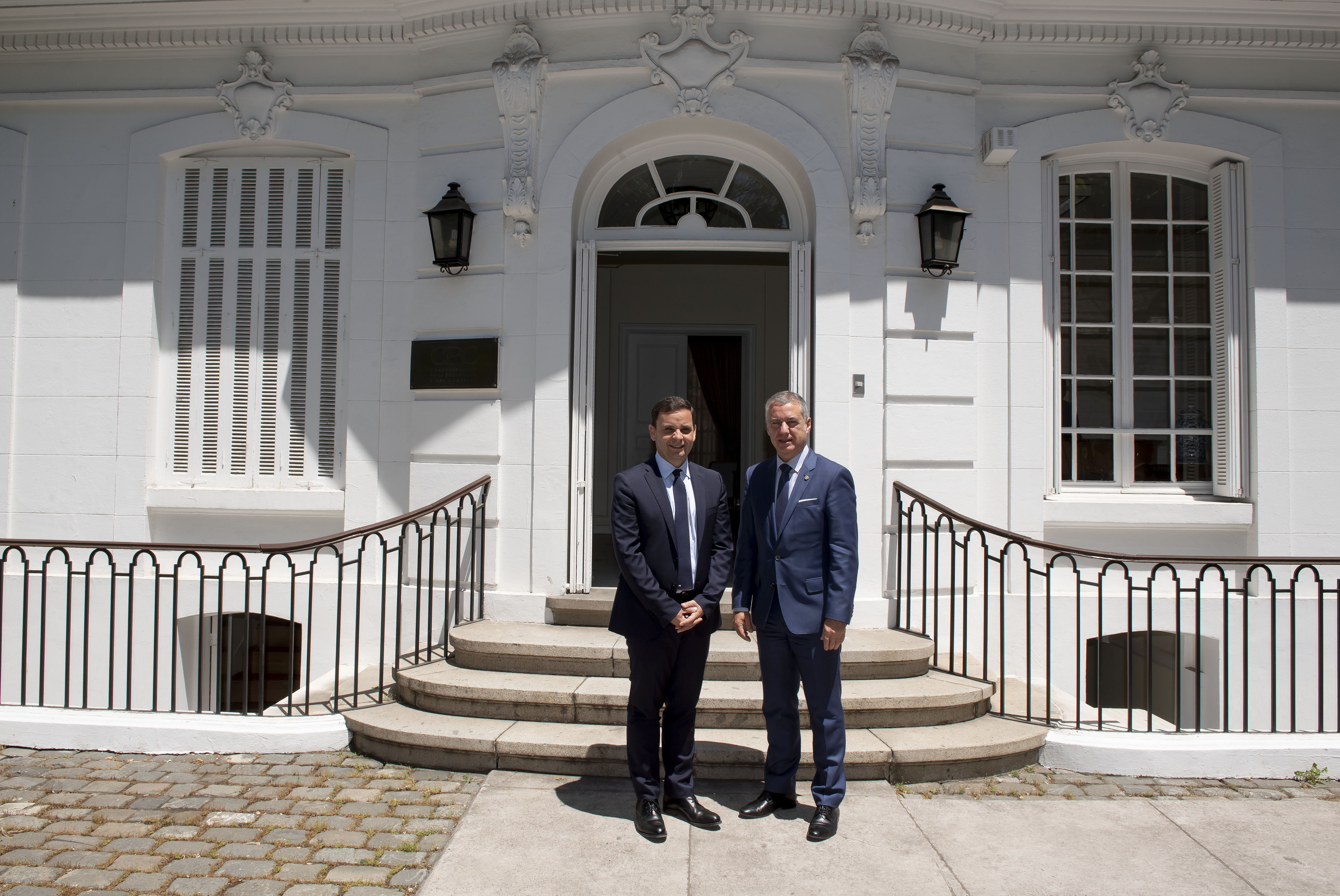 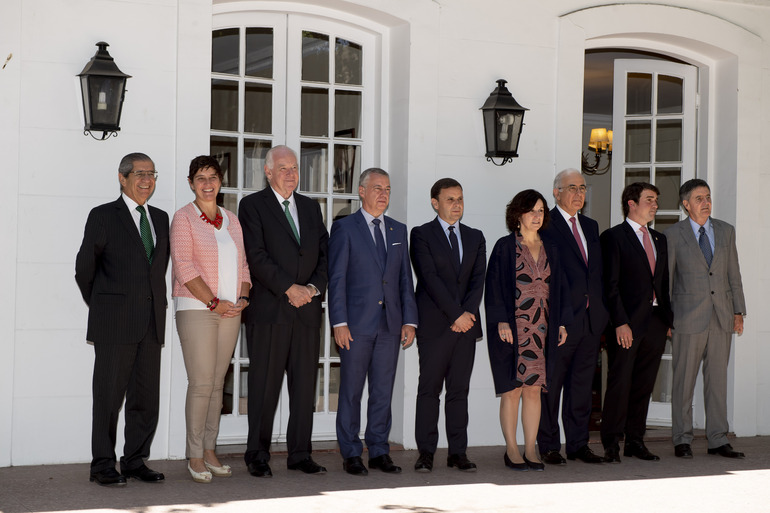 Lehendakari Urkullu, the Basque Premier, met with a large representation of the Chilean business community, when he stressed the “potential” that the Basque Country has for this Andean country, given the “economic security” and the “legal assurance that it offers companies. During the first day of his official trip to Chile, Iñigo Urkullu held a lunch with representatives of the Trade and Production Confederation – CPC, chaired by Alfonso Swett, that brings together the country's main production sectors. He had previously meet with the Speaker of the Senate, Carlos Montes.

During his first day in Santiago de Chile, the Lehendakari was accompanied by the General Secretary for External Action, Marian Elorza, the Basque Government Delegate, Rafa Kutz, and the Director for External Relations, Leyre Madariaga.

Meeting with the business community

The Lehendakari referred to the large presence of entrepreneurs “who feel Basque” and are of Basque origin in the Chilean economy.  He likewise stressed the high interest that Basque companies have in this country, meaning that over 200 companies have been on different multi-sectoral trade missions in just the last 3 years alone.

In addition, over 50 Basque companies are currently present in Chile, in such powerful sectors as transport, energy, engineering, mining or food. As the Lehendakari explained, during the meetings that the Basque Government held with their managers, those companies have always described Chile as an “open, robust and reliable” country, and therefore – he explained – the Government’s support for their projects “is decisive”.

The Lehendakari assured the Chilean business community that he was aware that the Basque Country is a small country; the reason why they are always working from a shared strategy, in conjunction with private initiative. He gave the Basque Industry 4.0 project in response to the fourth industrial revolution as an example, along with the Science, Technology and Innovation Plan, implemented by the Basque Government together with companies, technology centres and the universities.

As a recent example of a public-private initiative, he referred to Dominion, the Basque company being awarded a project to install tsunami warning sirens of the floodable zones of the Chilean coast, driven by the National Emergency Office of the Chilean Ministry of the Interior – ONEMI.

Iñigo Urkullu ended the meeting by reiterating the Basque Government’s confidence in the Chilean economy, the reason that it has been identified as a priority country in its Euskadi-Basque Country Internationalisation Strategy 2020

Meeting with the Chilean Basque Cooperation and with the Speaker of the Senate, Carlos Montes

The day in Santiago de Chile started with the meeting that the Lehendakari and the rest of the delegation of the Basque Country held with representatives of the Chilean Basque Corporation.

This entity emerged from the Chilean Basque Foundation, created by the Santiago Euzko Etxea [Basque Centre] and the Basque Government to strengthen the cultural, economic and social ties between the Basques of the Basque Country and their descendents in Chile; and from the Association for Training and Development-FORYDES, which was set up to propose, manage and monitor the development cooperation project that may foster Chile.

After the session, the Lehendakari met with the Speaker of the Senate, the socialist Carlos Montes.