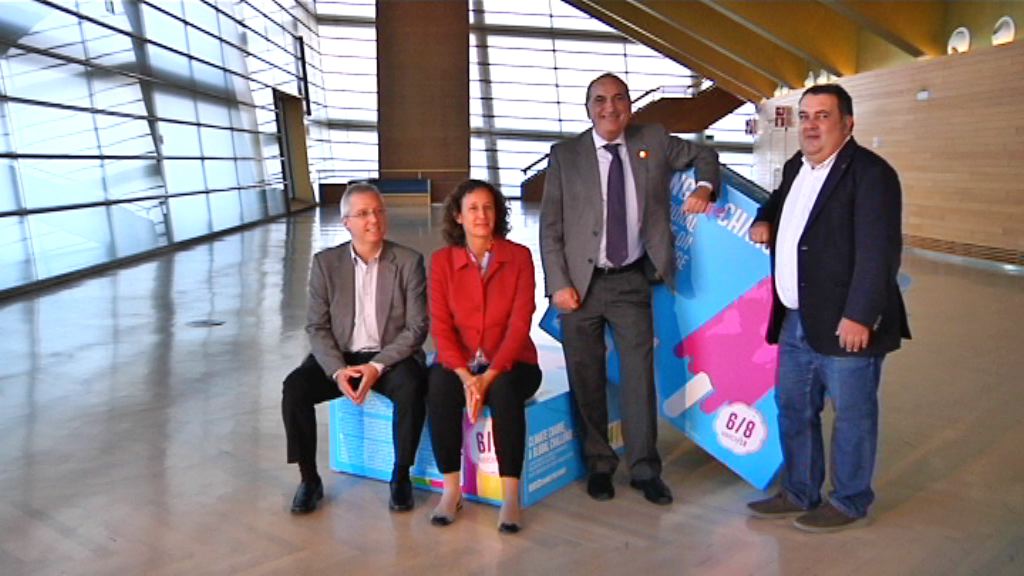 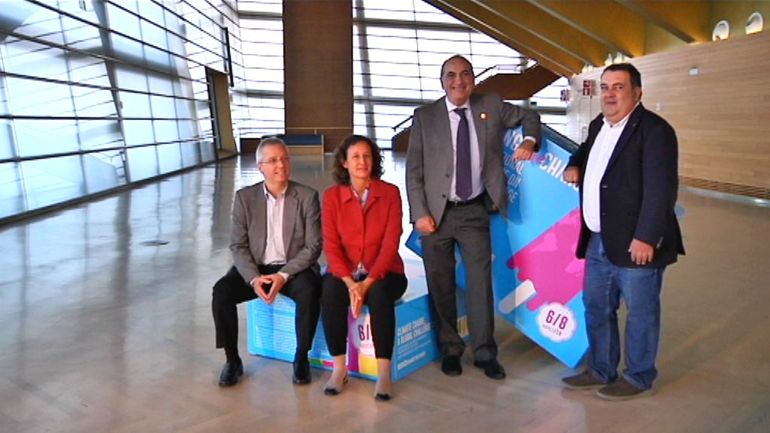 The Basque Government’s Minister for the Environment, Territorial Planning and Housing, Iñaki Arriola, today announced that the Basque Country will be hosting the Change the Change International Climate Change Conference in San Sebastián on 6, 7 and 8 March 2019. The event, which expects to gather together 600 participants from the business world, local administration, university, technology centres, research centres, NGOs and social organisations, seeks to lead the climate change debate with top-tier speakers and to open up new opportunities for action in our environment.

During the presentation, Minister Arriola was accompanied by Valvanera Ulargui, the Director of the Climate Change Office at the Spanish Government’s Ministry for the Ecological Transition, José Ignacio Asensio, the Councillor for the Environment and Hydraulic Works at Gipuzkoa Provincial Council, and Ernesto Gasco, Deputy Mayor at Donostia/San Sebastián City Council.  These three institutions are organising the Conference along with the Basque Government.

Over three days, 50 of the world’s leading climate change experts will explain their strategic approach during thought-provoking 90-minute sessions, when there will also be time for discussion and debate. The sessions will be structured into 8 thematic panels that will address the planet’s health, the role of the regions, the urban environment, sustainability, energy transition, the economy, education and women’s leadership. The presence of the Spanish Government's Minister for the Ecological Transition, Teresa Ribera, has been confirmed for the opening sessions, whose speech will consider Spain's position regarding climate change and in the European context.

Furthermore, on each of the days, the thematic panels will be complemented with a "heroes and heroines of the planet" special session.  These people are running innovative initiatives and projects for climate change action and awareness in different fields and at different points around the world. The aim is to shift the theoretical climate change debate to real projects that are proving to be successful.

Precisely, the Conference is being held during the Basque Country's Climate Change Week in order to stress that climate change concerns us all.  During the first week of March 2009, a wide range of activities with something for everyone will be organised at different places throughout the Basque Country. Sectors such as industry, science, politics and culture will be invited to take part by means of micro-encounters, presentation of innovative projects, exhibitions and other parallel acts. The aim is to rally the public to make a personal commitment to fight climate change, on the premise that any action, however small, makes a difference.

Coming under the UN “Momentum for Change” initiative and in line with the Paris Agreement, the Change the Change International Climate Change Conference will provide a cutting-edge vision of the climate change challenges facing the planet and will showcase the initiatives and actions that are making a difference to our environment.

The 8 panels at the Change the Change Conference will address the following areas:

Climate change in the Basque Country

The first step in the fight against climate change is to predict what future climate conditions will be.  The Basque Country has therefore produced a climate atlas with daily data from 1971-2015 and with spatial high resolution for 4 basic variables (precipitation, average temperatures, maximum temperature and minimum temperature). This atlas is completed by climate change projections until the end of 21st century, in line with the climate trend projections coordinated by the Intergovernmental Panel on Climate Change (IPCC) in the international arena.

The atlas and the projection scenarios provide useful data for the territory and sector analysis of the impacts of climate change in the Basque Country in the coming decades. Some of the most significant indicate an increase of the minimum temperatures in winter and the maximum ones in summer; a drop in precipitation and more extreme events; heating of the water temperature and rising sea level; along with the impacts on the crops, forests and human health.

The Basque Government is already working on designing the future Basque Climate Change Act. It currently has the KLIMA 2050 Strategy, the instrument shared by all the Government’s ministries to reinforce the actions implemented so far and to adopt new measures to mitigate and adapt the territory to the effects of climate change.

The goals of the KLIMA 2050 Strategy are ambitious.  The most outstanding are to cut greenhouse gas emissions, that cause climate change, by 40% in the Basque Country by 2030; and to be committed to a low-carbon energy model, where renewable energy consumption of 40% of final consumption is expected to be achieved by 2050.