The Basque economy will grow and generate employment 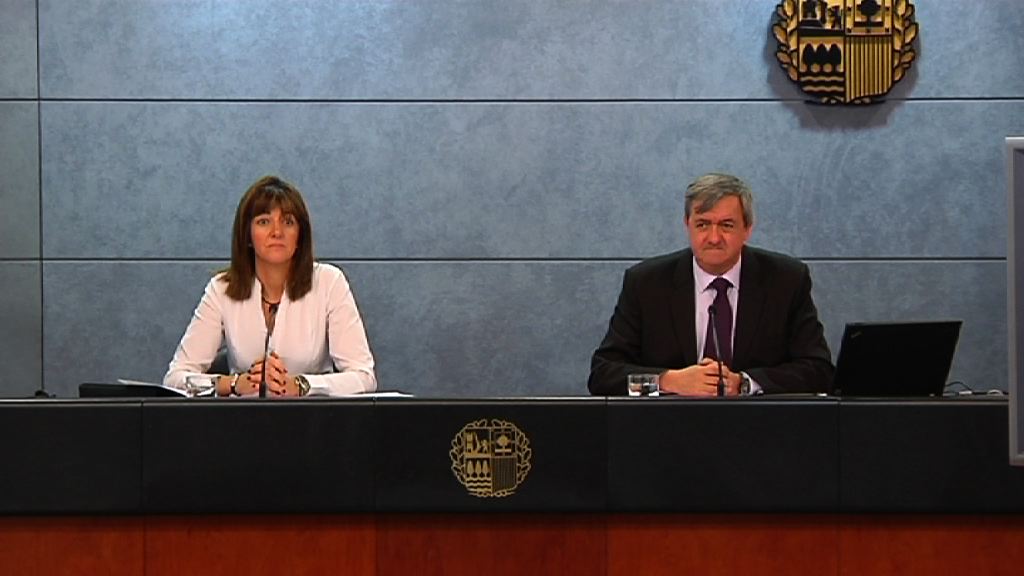 The Basque economy has grown by 0.8%, confirming the pattern of gradual growth that began during the final quarter of 2009 and an improvement of 0.2% over the best results from the last two years.

Alava is the best-performing province in year-on-year and quarter-on-quarter terms with growth of 1.4% and 0.9% respectively, while the figures for Biscay are 0.8% and 0.2% and, in Gipuzkoa, 0.6% and 0.1%. Quarter-on-quarter employment figures have fallen by just 0.1% (500 jobs), while the year-on-year figure is 0.5% (5000 jobs). Job losses were concentrated in the construction and industrial sectors, while the services sector managed to create 8000 new jobs. In terms of supply, the reactivation of growth has been maintained in the industrial sector and growth has also been maintained in terms of demand thanks to an improvement in foreign-trade balance.

The increase of 0.8% in year-on-year GDP consolidates the Basque economy's pattern of gradual growth that began during the final quarter of 2009. The year-on-year rate achieved during the last quarter represents an improvement of 0.2% over the best results from the last two years. Growth has also risen by 0.2% in comparison with the previous quarter.

These figures were provided by Carlos Aguirre, the Minister for the Economy and the Treasury, who appeared alongside Basque Government spokesperson Idoia Mendia at the Lehendakaritza (Vitoria) today in order to talk about the discussions that took place during today's Cabinet meeting.

According to the figures, Álava is the best-performing province in year-on-year and quarter-on-quarter terms with growth of 1.4% and 0.9% respectively. Gipuzkoa's economy grew by 0.6% and the province achieved positive year-on-year results (0.1%) for the fourth consecutive quarter, whilst Biscay also returned to positive figures with growth of 0.2% and a year-on-year growth rate of 0.8%, representing an improvement of half a percent.

In terms of employment, Eustat statistics showed a quarter-on-quarter fall of just 0.1% (500 jobs), whilst the year-on-year figure is 0.5% (5000 jobs). Over the course of 2010 the services sector managed to create 8000 new jobs, while the construction, industrial and primary sectors posted job losses of 7000, 5000 and 1000 posts, respectively. Notably, the services sector has succeeded in restoring nearly all the jobs lost during the recession and there are now almost 650,000 people employed in the sector.

Private consumption returned to positive quarter-on-quarter levels (+0.5%), maintaining its year-on-year growth rate of 1.2% a full 0.2% above that of public consumption. Investment rose by 0.8%, the first rise since the beginning of 2008, and the fall in year-on-year gross capital formation was reduced to 3.2%, an improvement of 11% over the figures for the end of 2009.

Finally, it should be noted that average GDP growth for the year was 0.3%, compared to a fall of 3.8% in 2009: a result that improves upon the initial forecasts for 2010, which predicted that the economy would shrink by 0.8% over the course of the year.

Furthermore, employment fell by an average of 0.8% throughout the year, representing a significant improvement on the initial forecast of 1.9%, four times lower than the average of 3.3% registered for the previous year.

On the subject of savings-bank restructuring, the Basque Government has declared that decisions should be made on the basis of economical, financial and market criteria. "The directors of the savings banks should determine the strategy, as they have the best understanding of the situation and of what the best alternatives are", stated the Minister for the Economy and the Treasury, Carlos Aguirre. The Basque Government "unreservedly" supports the "cold merger" between Caja Vital and BBK; however, there are political entities that take a different view and who use the savings banks for their own internal political games and movements. The minister described this attitude as "disappointing", as, in his opinion, these entities are trying to block the moves towards integration that have been set in motion by bank executives.

No meeting with international mediators

During the press conference, spokesperson Idoia Mendia announced that the Basque Government will not meet with the International Contact Group, which is led by conflict-resolution expert Brian Currin, as it "does not add any further value to what Basque political parties already know". Mendia stated that Basque parties are "mature enough to reach agreements by themselves and carry out all the political initiatives that are necessary in this country", adding that the Basque Country had "nothing in common" with the example of Northern Ireland.