Beatriz Artolazabal proposes to Karl Lambertz, President of the European Committee of the Regions, that "countries and regions of the EU define an effective policy that addresses the phenomenon of large migrations" 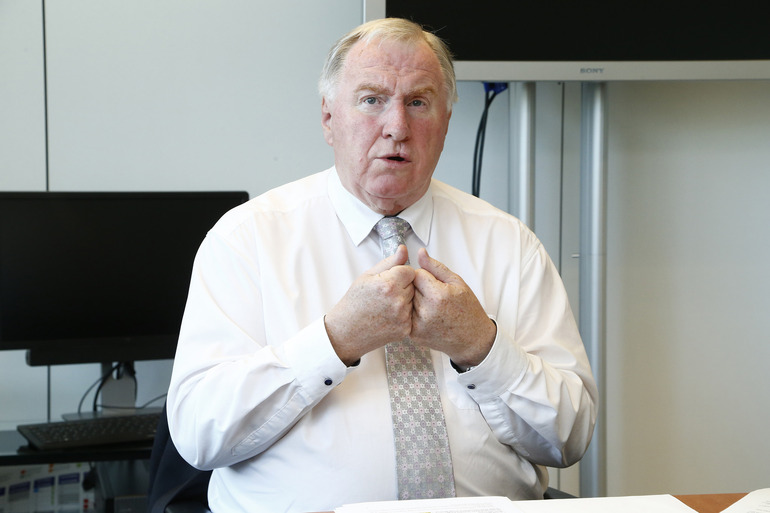 The Minister of Employment and Social Policies of the Basque Government, Beatriz Artolazabal, has proposed to Karl-Heinz Lambertz, President of the European Committee of the Regions-CoR that "the countries and regions of the European Union work and collaborate with the rest of European institutions and of the international community to define an effective policy that addresses and resolves the phenomenon of large migrations".

In a letter, Beatriz Artolazabal has transferred to the president of the CoR, his "concern for the situation that migrants live who throughout this summer are traveling through Africa and Europe in search of better living conditions".

"Our President (Lehendakari in basque language), Iñigo Urkullu, explained it a few days ago to the president of the European Commission, Jean-Claude Juncker, reminding him of the initiative expressed in the European Pillar of Social Rights whose real development would ensure greater cohesion of the Union, based on a principle humanist".

Artolazabal believes that "the countries and regions of the Union must show decisive solidarity and human attitudes to a phenomenon in which the entire Union must be involved because it affects us as individuals and as societies".

"It is about knowing, within a plan of action, the needs of our countries, with a commitment from the International Community to act in the countries of origin of migrants, promoting democratic governments and societies, and undertaking sustainable economic and social initiatives. A sustainable development of these African regions would prevent those people from leaving their countries" said Beatriz Artolazabal to President Lambertz.

"Sub-state governments, countries and regions: we know better than anyone the situation of our social and geographical environments and therefore we can help define that strategy and policy of the Union on migration issues. It is not a matter of some being inhibited and others supporting the weight of reality. Among all the countries and regions of the Union we can help to avoid the suffering of people and families of the African continent, generating a positive international human and social attitude. The Basque Country has the will and capacity -together with the countries and regions that make up the CoR and the Union- to take a positive step in social management and the definition of a more humane and sustainable Europe" Minister Artolazabal detailed the president of the CoR.

"It is a question of the CoR working and collaborating with the rest of European Union institutions, together with the international community, to define an effective policy that addresses and solves this new phenomenon of large migrations. It is important to establish a migration policy for people who reside among us defining effective inclusive policies that avoid xenophobic problems or social integration" explained Beatriz Artolazabal.