Ernesto Sainz-Lanchares: "Basque Institutions work with coordination; together we dedicate the best human attention to migrants in transit " 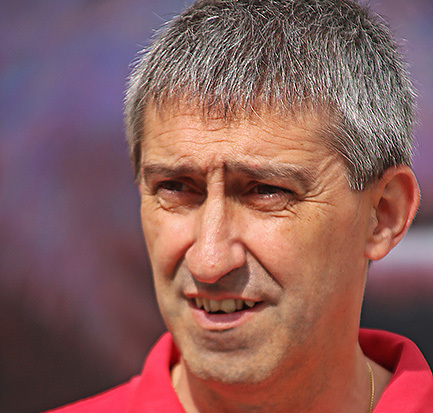 The director of Family and Diversity of the Department of Employment and Social Policies of the Basque Government, Ernesto Sainz-Lanchares, commented that "the Basque Government, together with the rest of the Basque institutions and entities of the third social sector, are working in a coordinated manner, for weeks now, to give immediate response to the needs of the migrants who cross the Basque Country these days to northern Europe. The people who are going through our country are being taken care of ".

According to Sainz-Lanchares "the three Basque capitals have temporary centers for emergency accommodation for these people to spend one or two nights, eat, rest and get in touch with their families and acquaintances before continuing their journey. The role of Red Cross is key ". It also highlights "the efforts of the Territorial Councils and the municipalities, especially the three capitals and Bilbao in particular."
"In addition to the resources already enabled in the capitals, others have been enabled in an extraordinary way in case the influx of people in migratory processes multiplies or increases considerably," explains the Director of Family and Diversity of the Basque Government.

Management
"We are facing a situation of humanitarian emergency in a scenario with a convoluted geopolitical context, with migratory movements of people fleeing from conflicts or situations of extreme poverty towards Europe in constant increase. The closing of borders and the few possibilities of success of traditional routes, make the access route to Europe from the south of the peninsula living a critical moment, similar to the situation known 12 years ago with the cayucos "analyzes Sainz Lanchares.

According to Sainz Lanchares "in the Africa-North of Europe itinerary, the Basque Country is located in the strategic axis for the passage through what is one of the most requested destinations when they are welcomed in the Andalusian coasts in which they indicate that they have contacts here" .

The Basque institutions perform two types of attention. On the one hand, the one dedicated to people in transit, attending to basic needs. And on the other hand, planning long-term strategies, to welcome people who want to start a life project in the Basque Country.  "In addition to the humanity and solidarity of our people and institutions, a capable and decisive strategy of the European Union is needed to assume this phenomenon and plan a correct action".