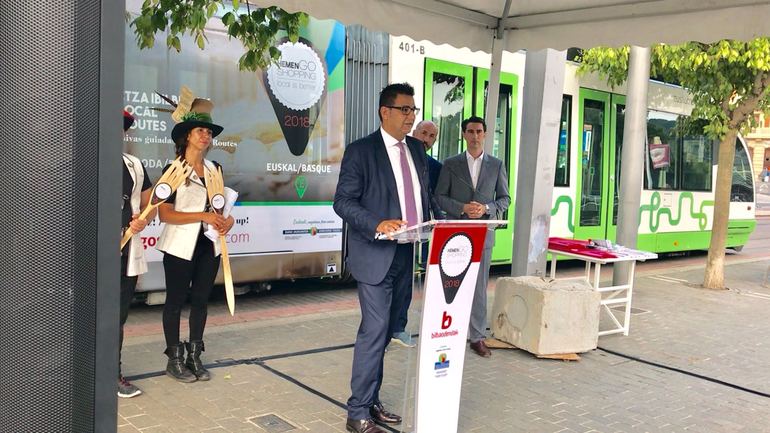 Ministry of Trade and Tourism of the Basque Government has collaborated with bilbaoDendak, the platform for the commercial and tourist promotion of Bilbao, in the creation of three free guided routes that, during this summer will offer to tourist and the local public, a unique opportunity to learn the commercial reality of the unique shops of the village..

These routes form part of the initiative HemenGO SHOPPING, which brings digital promotion and premium guides that are distributed in the establishments under the motto 'Local is better', of the singular shops of Bilbao, Donostia-San Sebastián and Vitoria -Gasteiz (www.hemengoshopping.com).

The routes were presented this morning in Bilbao by the Director of Trade of the Basque Government, Juan Andrades.