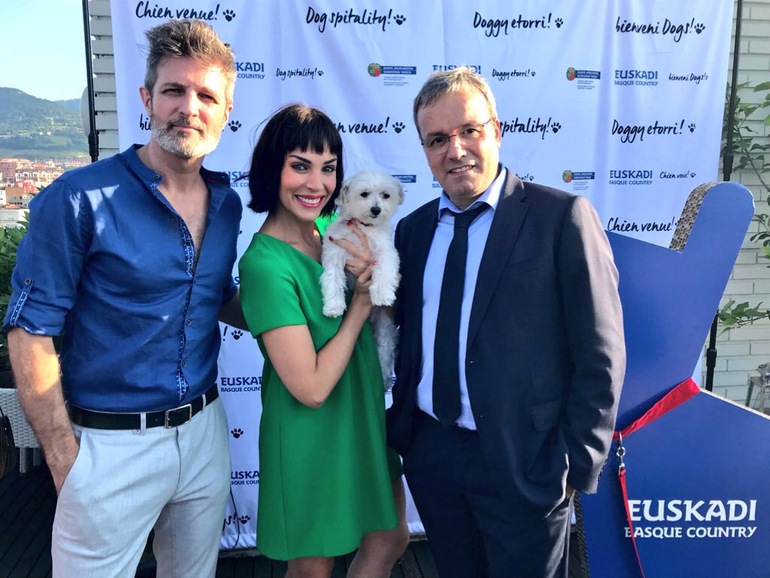 The Minister of Tourism, Trade and Consumer, Alfredo Retortillo, presented "Travel Basque Country with a Dog ", a brochure and a campaign that collects establishments and itineraries for those who visit Euskadi accompanied by their dogs or those locals that want to make plans with  pets.

There are more than 65 million dogs in the European Union, more than 6 million in Spain. "This is a growing trend that has doubled in the last decade, with more and more families having one pet, and 1 out of every 4 households with at least one dog, and for most of them, it is on of the beloved member of the family. So they are relevants in making decisions such as leisure or vacations. "

"Euskadi is an open and welcoming destination and we want to be also a pet-friendly place for everybody" continued Retortillo.

The brochure shows Basque Country as a perfect destination to travel with pets, firstly, "because of the variety of plans and environments that we can offer to humans and animals: mountains, beaches, greenways, long walks, but also urban options, and on the other hand, because of our benevolent climate for pets all year long. "

The brochure, which has be edited in 4 languages ​​(Spanish, Basque, French and English), contains advice, recommendations, plans and routes that can be carried out, as well as the areas and times when our four paws friends can go loose. Focusing on the 3 capitals, on the Basque Coast, in the mountains and valleys and in the Rioja Alavesa. With a list of establishments, hotels, shops, restaurants and spaces that allow dogs.

It also provide information on transport or access to tourist resources and the regulations to make it easier and more comfortable for the whole territory.