The impact of new technologies on politics under debate 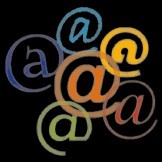 Thanks to technological advances, current day politics has seen the emergence of new channels of interaction between citizens and politicians in the form of social networks and blogs, the opening up of public information and new forms of e-administration providing improved services and greater participation and transparency. The objective of this conference is to contribute to the study of the concept of cyber citizenship in all its diverse forms, with a special focus on this occasion on the impact of technology on politics and government, and how this affects citizens.

This morning Idoia Mendia, the Minister for Justice and Public Administration, participated in the presentation of the second International Conference on Digital Citizenship, which takes place in Donostia-San Sebastián in April this year. A number of the world's leading experts have been invited to share their experiences in this conference where participants will debate, reflect on, gain an understanding and rise to the challenges of the networked society. The beginning of a new relationship between the political class in general - and leaders in particular - and society will be the subject of debate over the two days of talks, round tables, experience sharing panels, workshops and presentations of conclusions on proposed topics; for which the first draft has been prepared and is available online at www.congresociudadaniadigital.com.

The second edition of this conference represents a consolidation of the event and positions Donostia as a leader in the debate on information technology and its impact on society. The event is has been made possible thanks to continuing support from the public and private sectors. Organised by the Gipuzkoa firm, Digital Vasca, the conference has been promoted by the Basque Government, the Department for Innovation and Knowledge Society of Provincial Council of Gipuzkoa and the Town Hall of Donostia.

Presentations of experiences in the United States, Canada, France, Australia and the United Kingdom afford a global view of a phenomenon which will also be represented at a more local level, with presentations of experiences and cases from the Basque Country, Andalusia and Catalonia. Multidisciplinary round tables will provide the necessary point for debate and reflection on a rapidly-growing emerging trend.

Experts from around the world will also analyse other issues such as the difficulties and opportunities for governments, companies and citizens presented by the opening up of public data and the role of the media in this new scenario, with the objective of addressing the broadest possible range of issues and providing a global perspective of the impact of new technologies on politics.

Another important issue up for discussion is increased citizen control over politicians and companies thanks to the tools and platforms enabling them to better voice their opinions, and the strategies necessary to approach this change in the rules of the game in terms of added value.

More direct contact with leaders means a more open and participative democracy in which access to information is quicker and easier. Diverse initiatives undertaken by different countries, from the Obama administration to the Basque Country, are committed to opening up public data to achieve greater transparency. The aim of the event is to raise awareness and provide guidance on this new political scenario which is set to undergo a radical transformation.

Various government representatives are to take part in the event, including the director of Citizen Services, Alberto Ortiz de Zárate, who will be sharing his views on the opening of public data.