Philippe Acheritogaray, new president of the N.A.B.O., elected with the backing of all the delegates 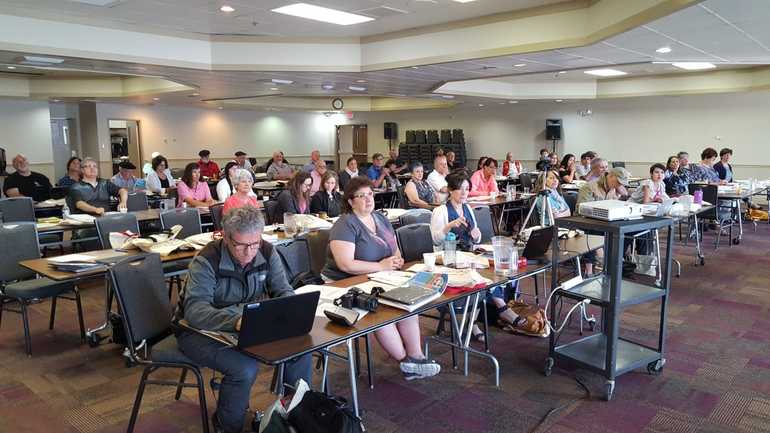 The main outcome of the N.A.B.O. (North American Basque Organizations) Convention held on Friday June 8 in Winnemucca (Nevada) was the election, with the backing of all delegates, of the new President Philippe Acheritogaray, who replaces the outgoing President Annie Gavica, elected in 2017 at the previous Buffalo Convention (Wyoming).

This election was part of the activities held on June 8, 9 and 10 in the framework of the annual N.A.B.O. Convention and the 40th edition of the Winnemucca Basque Festival. Both events were organized by the local Basque Club, Euskaldunak Danak Bat.

Besides the Basque Club delegates, participants in the Winnemucca Convention included the officer of the Directorate for the Basque Community Abroad, Benan Oregi, and visiting scholar, Iñigo Medina. Alongside more traditional themes (mus, Basque pelota, kantari eguna), discussions were held on topics such as Basque language courses, exhibitions in which the Boise Museum (Idaho) is involved or the incorporation of new entities to N.A.B.O. and to the Basque Government Register of Basque Centers. Benan Oregi and Iñigo Medina also informed the delegates about the Gaztemundu program and Basque Diaspora Day.

The weekend of June 9 and 10, a Basque Festival

Exhibitions, lectures, talks, shows, presentations and a complete leisure program were organized for the Basque Festival weekend on June 9 and 10. The Festival kicked off with a parade of all the participating groups, from all over the USA, from the Eastern and Western States, and from the country’s most emblematic Basque communities: Idaho, Nevada, Utah and California.

Basque dances, music and gastronomy (there was even a mass in the Basque language) delighted the attendees, Americans of Basque or other backgrounds who flocked to the festive events. There were also stands selling Basque products and books who had a field day selling thanks to the huge public attendance.

To cut a long story short: There was excellent atmosphere in Winnemucca, a town that was once one of the centers of attraction for Basque immigrants, with a Basque hotel across from the train station, the Martin Hotel, still standing today, and which, together with the Ormaechea restaurant, is one of the places where you can taste Basque dishes all year round.