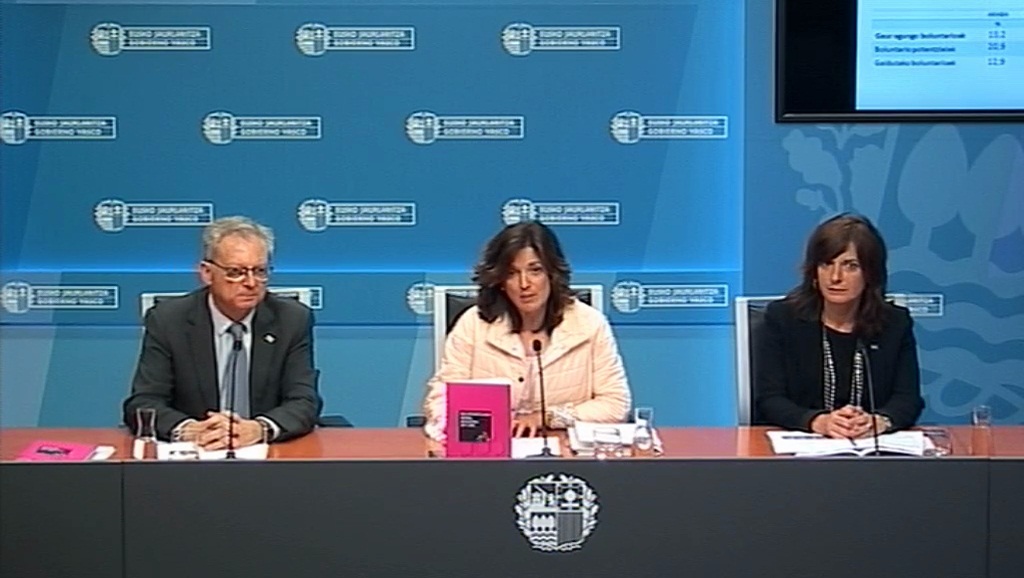 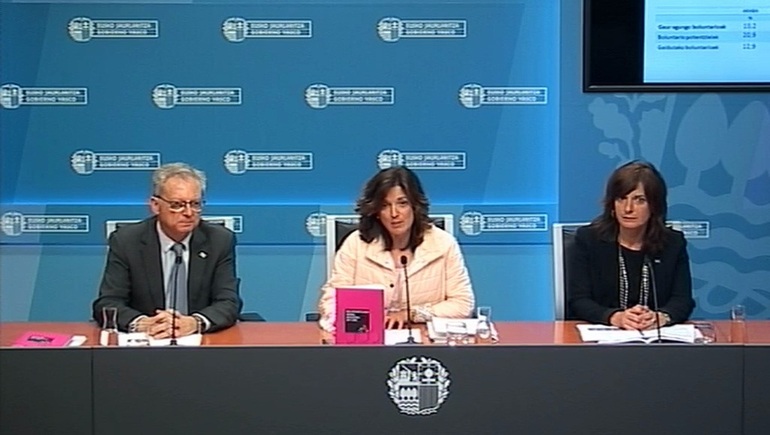 13.4% of the basque population works as a volunteer in some organization of the Third Social Sector, according to Beatriz Artolazabal, Minister of Employment and Social Policies of the Basque Government. Artolazabal has offered the most relevant data of the research that the Department of Employment and Social Policies and the Basque Volunteer Council have carried out on the subject. They are quantitative and qualitative data on volunteering and other forms of social participation in the Community.

"13.4% represents an increase with respect to the data of 2012, when volunteering was 8.6%. It is a percentage higher than that registered in the whole of the State (8.5%). In addition, the study indicates that 10% of the population has volunteered in some organization in the past. 22 % of the Basque citizens are willing to be in the future" detailed Mrs. Artolazabal.

In the opinion of Minister Artolazabal "the data indicate that Basque society is involved and assumes commitments and responsibilities. Volunteering here is booming. "

Minister Artolazabal (“Sailburu” in basque language) emphasized highlighting, "the indispensable social role played by the altruistic, organized and supportive participation of a part of the basque citizenship".