Today, April 29, "European Day of Solidarity and Cooperation between Generations" 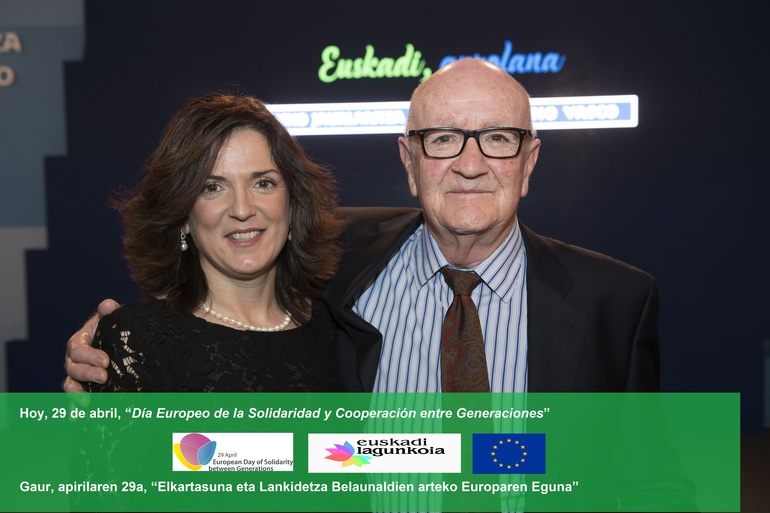 Today, Sunday, April 29 is the "European Day of Solidarity between Generations": the objective of this annual celebration is to make the European Union more friendly to the elderly and better adapted to aging population, as well as to ensure that intergenerational solidarity is high on the Union's agenda.

According to Beatriz Artolazabal, Minister for Employment and Social Policies of the Basque Government, "with “Lagunkoia” project we have joined the initiative and we are working and developing the concept of solidarity between the generations with projects involving people of different ages, such as the recent case of Zumarraga, where the youth of the municipality, with the intention of knowing and spreading the legacy of the elderly, have made several video recordings collecting testimonies of social, family and work experiences of grandmothers and grandfathers within the framework of Zumarraga Lagunkoia, as has been done in many places".

"Older people are ideal" holders "of the history, experiences, knowledge and analysis of each of their localities, a legacy that must be preserved to learn from it" detailed Minister Artolazabal.

In addition, the elderly are one of the bastions of the maintenance of small local commerce -with what that means for the positive promotion of urban social life- in the face of new trends in commercial high surfaces.

The average consumption for families of 60 and over is 96.67 euros per week, higher than the population of 16 to 44 years: frequent small retail and proximity and reward good service with loyalty and loyalty.