Embed video
Download mp4 video set (zip)
The Lehendakari stressed at the World Metro & Light Rail Live in Bilbao that the rail sector is a “textbook example” in the Basque Country Source: Irekia 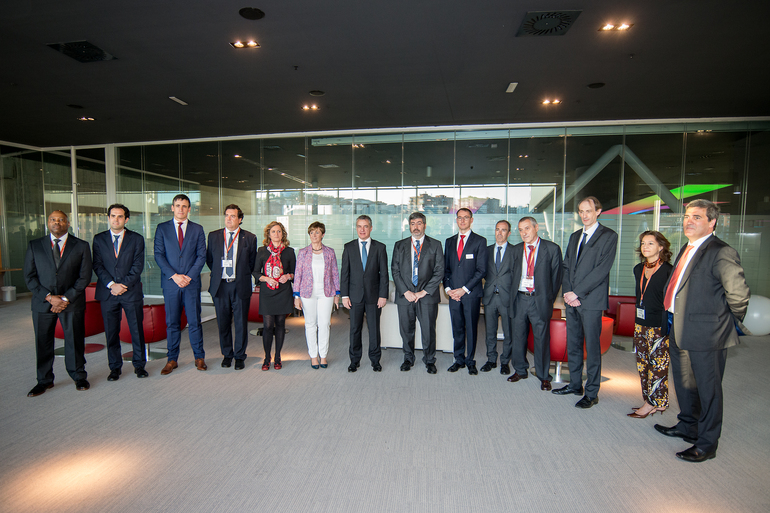 Lehendakari Iñigo Urkullu, the Basque Premier, took part in the 14th World Metro & Light Rail Live this morning, which is being held outside London for the first time at the BEC in  Barakaldo.  Its main aim is to showcase the latest metro and light rail technologies and projects, a sector that, as the Lehendakari explained, “is a textbook example in the Basque Country”. The Basque Government's Minister for Economic Development and Infrastructures, Arantxa Tapia, was also present at the event.

During his speech at the session moderated by Nicholas Owen, the BBC journalist, Urkullu stressed that the trend in this sector is positive on the global stage and that, according to the indexes, “an annual average growth rate of 3% over the coming 4 years is estimated".  In this regard, the Lehendakari explained that the railway industry employs 7,2000 people in the Basque Country and that the exports by Basque companies in the sector total €1,700 million. “The high technological level of Basque companies allows them to lead new challenges and tackle processes such as digitalisation and producing smart products,” pointed out the Lehendakari.

Furthermore, Urkullu stressed that there “is a clear” commitment by the Basque institutions to this type of transport and that the results mark a deployment and steady growth in its use. “We are committed to first-rate transport and we have a highly reliable service, with very safe and competitive services,” he explained.

In the same line, Urkullu went on to tell the delegates that the Basque Country boasts an intermodal and integral system that combines tramway, light rail, metro and high speed trains, and that “great impetus” has been given to the latter. “Nowadays, 12 out of the 17 sections that the Basque Government is building in the Gipuzkoa have been completed, we have established the accesses to the Basque provincial capitals and the Bergara hub has been unblocked”.  He added that the Basque Y high speed train “will enable a modal shift to the railways that will help to decongest the highway network".