Major Festival of the New England Basque Club, in Connecticut 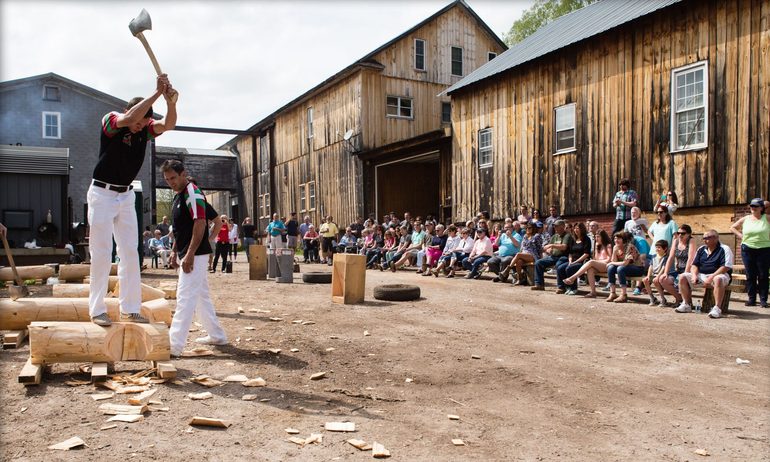 The New England Basque Club (NEBC) will host The Basque Festival 2018, on June 23, which will celebrate Basque culture through the many manifestations of Basque traditions and idiosyncrasies. The festival will begin at 11:30 in the morning at the City Hall of New London, and will conclude at 8:00 PM.

The Basque Fest, is organized by the New England Basque Club and marked as priority objectives to offer a range of leisure and culture to the Basques of the diaspora and at the same time to spread culture and knowledge of the Basques in the USA. The activities are programmed by the NEBC in collaboration with the City of New London and the Basque Government, and with the support of sponsors from both sides of the Atlantic.

In addition to that, the Basque Fest will also energize the city, promote economic activity, as well as attract visitors from the metropolitan area of ​​Connecticut and nearby states.

At the opening of the festivities, The Marching Band and dantzaris (dancers), accompanied by invited dignitaries and leaders of the NEBC, will parade from City Hall to Parade Plaza, where, after the US National Anthem is played, an aurresku (honorary dance) will be danced in honor of the dignitaries, and the Ikurriña (Basque Flag) will be raised.

A selection of elements of Basque culture

At The Basque Fest 2018, you can see chefs working until three in the afternoon, when visitors can taste their paella and pintxos, which will be for sale at the bar. In addition to gastronomy, music and sports will have special attention. At 12:30 PM the spectacular tests of Herri Kirolak (rural sports) will begin, featuring aizkolaris (Wood Chopping demonstration), harrijosatzailes (stone lifters), soka-tira (Tug of war) and txingaeruten (Weight Carrying Competition), and dantzaris of traditional dances.

The Basque Fest is an opportunity for the NEBC to offer the most representative elements of Basque culture and share them with everyone who wants to enjoy this great party. The President of the New England Basque Club, Juan Mari Aramendi, sends a popular invitation to meet and participate in the customs of the Basque Country here in the USA. Basque Fest is an open festival in which the active participation of the public is one of its hallmarks. In an effort to encourage everyone’s fullest enjoyment, almost all activities will be free.