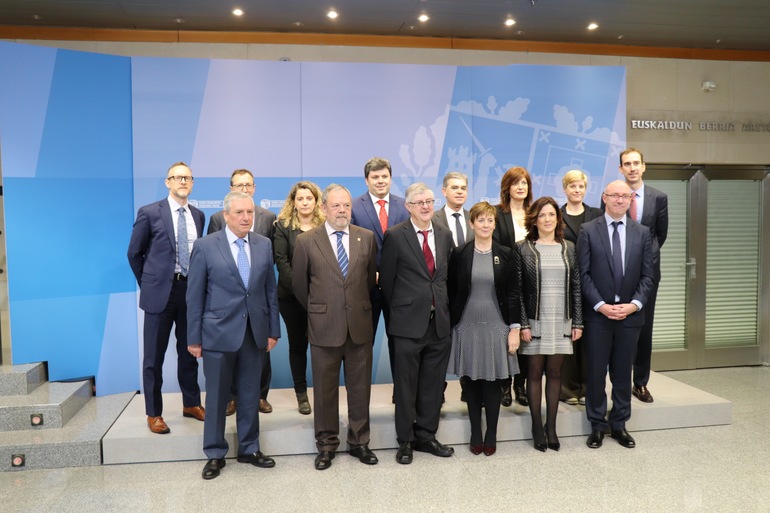 The Basque Government and the Government of Wales have held several meetings throughout this morning to exchange experiences in policies related to taxation, industry, transport infrastructure, family and Income Guarantee Income. The Basque Country regularly maintains contacts with Wales. The meetings held today between the basque Ministers (“Sailburu” minister, in basque language) Arantxa Tapia, Beatriz Artolazabal and Pedro Azpiazu with the delegation led by the Minister of Finance, Mark J. Drakeford, further strengthen the relationship between the two countries.

The meetings took place this morning at the headquarters of the Basque Government in Vitoria-Gasteiz. In addition to the Ministers, the Director of European Affairs, Mikel Anton, has also participated. Together with Minister Drakeford, they form the delegation of Wales Dyfed Alsop, Executive Director of Public Revenue and Andy Fraser, Chief of Fiscal Strategy. Wales is considered a "strategic region" according to the Euskadi/Basque Country Internationalization Strategy.