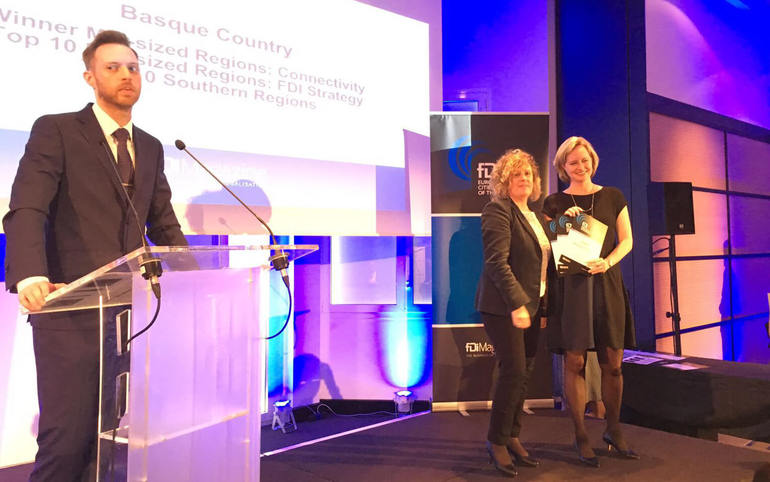 The Financial Times ranking of cities and regions has placed the Basque Country amongst the 10 most attractive European regions in Southern Europe for foreign investment and has recognised the "Invest in the Basque Country” strategy to attract inward investment as one of the 10 best of the medium-sized regions in Europe. The prestigious newspaper, the world reference in the business and economic press and an indispensable guide to international investment markets and movements, publishes this study every two years. The Basque Country topped the ranking as the best European medium-sized region in connectivity.

The activity of the SPRI’s Invest in the Basque Country division has contributed to these figures, as it proactively searches for trail-blazing companies with high valued added and generating jobs. Between 2014 and 2017, it managed 216 projects, 62 of which were successfully completed, involving an investment of €334.5 million and the generation of 1,329 new jobs and the maintenance of 2,637 jobs.