Bilbao to host the rugby’s Challenge Cup and Champions Cup 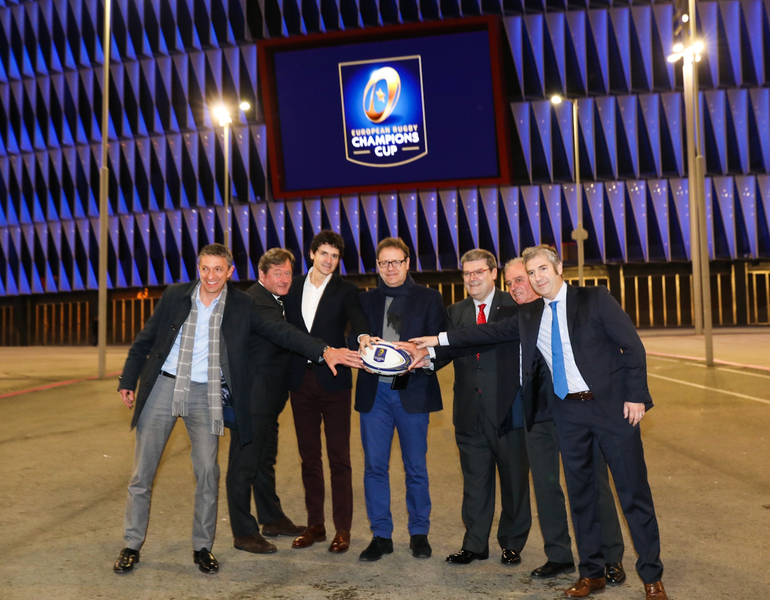 With just over two months to go before Bilbao hosts the two major European finals for rugby clubs, the Champions  Cup and the Challenge Cup, the sale of tickets for both finals is exceeding all the initial expectations of EPCR (European Professional Club Rugby). Thirty-six thousand tickets to attend the Champions Cup have been sold so far through the official online sales platform, the Spanish and Basque rugby federations,  Bilbao Rugby Club and Athletic Club.

As is customary for such events, tickets have been reserved for the fans of the teams that make the final - which will be known on 21 April -, the EPCR and specialist ticket sales agencies. On Saturday 12 May, the stands at San Mamés stadium are guaranteed to be filled with fans of this sport that has been played for over two centuries in Europe, with a long tradition in the United Kingdom and France.

Fifty-four per cent of the tickets have been sold in Spain, mainly in the Basque Country, and 46% in other European countries, with one out of every five tickets being bought in England and 18% of the total tickets sold bought in France.

GREATER AVAILABILITY OF TICKETS FOR THE CHALLENGE CUP

Twenty thousand tickets have so far been sold for this competition through the official online ticket platform http://www.epcrugby.com/bilbao2018.php. In the same way as for the Champions Cup, tickets have been reserved for the fans of the teams that reach the final. Attendance is therefore excepted to widely exceed the figures at the previous final, held in Edinburgh, which was watched by 24,500 people.

Just as for the Champions Cup, after the Basque Country, England and France have bought the largest number of tickets, 25.85% and 13.79%, respectively.

The competitive level of this meeting is similar to that of the Champions Cup, with the advantage that the price of the tickets is lower as it will be held on the Friday. Specifically, tickets to attend the Challenge Cup cost between €25 and €55.

AN UNPRECEDENTED EVENT IN BILBAO THANKS TO INTERINSTITUTIONAL COOPERATION

EPCR’s choice of Bilbao as the venue to host the Challenge Cup and the Champions Cup is a milestone in the history of this sport, as a top-flight completion has never previously held outside England, Ireland, Scotland, Wales and France, which are home to the main leagues.

European Professional Club Rugby’s choice of venue was based on the state of the San Mamés stadium, qualified as excellent, the comprehensive and interconnected transport network, which allows fast and easy mobility throughout the city and province, and the prior experience in managing major sports events. Bilbao was one of the venues for the 2014 Basketball World Cup, has hosted the Chess Masters Final and the Badminton World Junior Championships in 2016 and will be one of the cities hosting Euro2020.

Another of the positively rated aspects when selecting Bilbao as the host city for these finals was the robust interinstitutional cooperation with all the stakeholders involved in the organisation of this major sports event: the Basque Government, Bizkaia Provincial Council, Bilbao City Council, Spanish Rugby Federation, Basque Rugby Federation, Athletic Football Club and the EPCR itself.

2018, A LANDMARK YEAR FOR BILBAO, BIZKAIA AND THE BASQUE COUNTRY

2018 will be a special year for the international showcasing of Bilbao, Bizkaia and the Basque Country, thanks to the major events to be hosted by the city and the province. In addition to the European Rugby Champions Cup and the European Rugby Challenge Cup, another major sports event - the Bilbao Triathlon 2018 - will take place in the capital of Bizkaia in that same month of May and is expected to attract over a thousand athletes. Particularly noteworthy is the return of the Red Bull Cliff Diving tests to the city, which will be held at the La Salve Bridge on 30 June, along with one of the stages of the Vuelta Ciclista race being held in Bizkaia.

In June, Bizkaia will host the culinary Oscars, The World´s 50 Best Restaurants, the list that the magazine Restaurant publishes every year.

In the world of music, Bilbao Bizkaia is the venue chosen for the 25th anniversary of the MTV Europe Music Awards. The major event is the award ceremony for the music hits of the year and includes performances by the most important artists worldwide. The MTV EMAs 2018 will be held at the Bilbao Exhibition Center (BEC!) on Sunday 4 November and can be watched live through the MTV channels and their digital platforms.

The main professional and business events include the Routes congress that will be at the BEC in April, the CEMR Conference on Equality, Diversity and Inclusions to be held at the Euskalduna Conference Centre in June and the Global Social Economy Forum 2018, also at the Euskalduna in October.