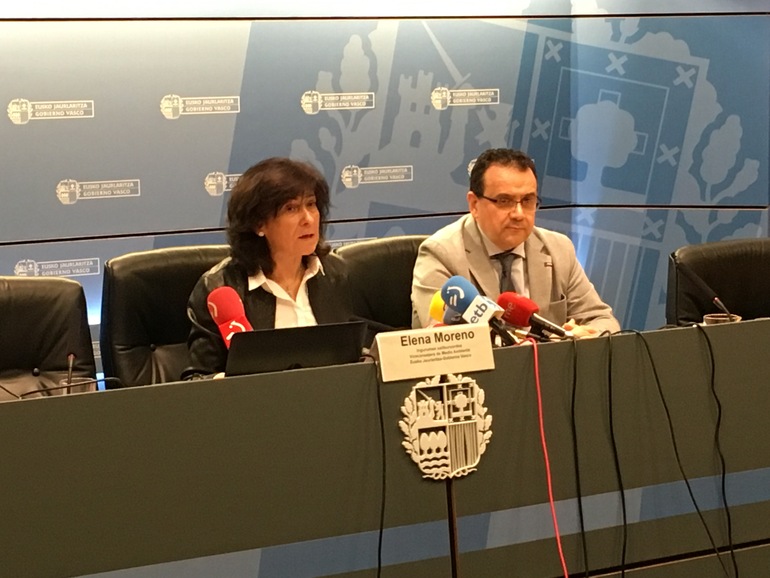 The Basque Country has continued to lower its contribution to climate change according to the data in the 2016 Greenhouse Gas Emissions Inventory, prepared by the Basque Government’s Ministry for the Environment, Territorial Planning and Housing. Specifically, the generation of greenhouse gases (GHG), a cause of climate change, has fallen by 26% since 20051 and by 12% since 19902.

This general downturn can also be seen in relation to the Gross Domestic Product. There has been a 34% drop since 2005 in the amount of GHG emissions (51% with respect to 1990) from the production of the different economic sectors per GDP unit. Specifically, 18.9 million tons of GHGs were released to the atmosphere in the Basque Country in 2016, which accounted for 0.4% of the total emissions of the European Union.

“Even though the GHG emissions of the Basque Country are just a minimum percentage of the EU total, we are strongly committed to reducing the causes that lead to climate change. This commitment is shared by both the Basque public sector and companies, as shown by all the mitigation and adaptation projects underway with companies and research centres as part of the Basque Government’s KLIMA2050 Climate Change Strategy,” stressed Elena Moreno, the Deputy Minister for the Environment, at the presentation of the report.

The grey area of transport

However, the inventory data reflect that the behaviour of the different economic sectors has been unequal. Thus, the energy sector cut emissions by 11% in 2016, due to lower electricity consumption (this fell by 5%, particularly in industry and the residential sector), which meant a drop in electricity production in the cogeneration and combined cycle systems of the Basque Country, with lower electricity imports. That sector has cut CO2 emissions per kwh produced by 41% since 2005.

However, in the case of transport, emissions increased by 5% in 2016, which confirms the negative role of this sector when controlling and cutting the GHG. Ninety-six percent of the emissions it generates are associated to road transport, 60% of which are from private vehicles and nearly 40% from goods vehicles. “This figure points to where companies, institutions and the general public have to focus their endeavours and whose behaviour can reverse this trend," stressed the Deputy Minister for the Environment.

In turn, the industrial sector, which accounts for 21% of the total emissions generated in the Basque Country, cut its direct emissions by 0.3% in 2016. This sector has lowered its emissions by 31% since 2005, thank to the control and reduction measures introduced and to the technology transformation that the majority of companies has experienced over this period.

[2] The baseline year, according to the Kyoto protocol, is considered to be 1990 for CO2, N2O and CH4 emissions and 1995 for SF6, HFCs and PFCs emmissions