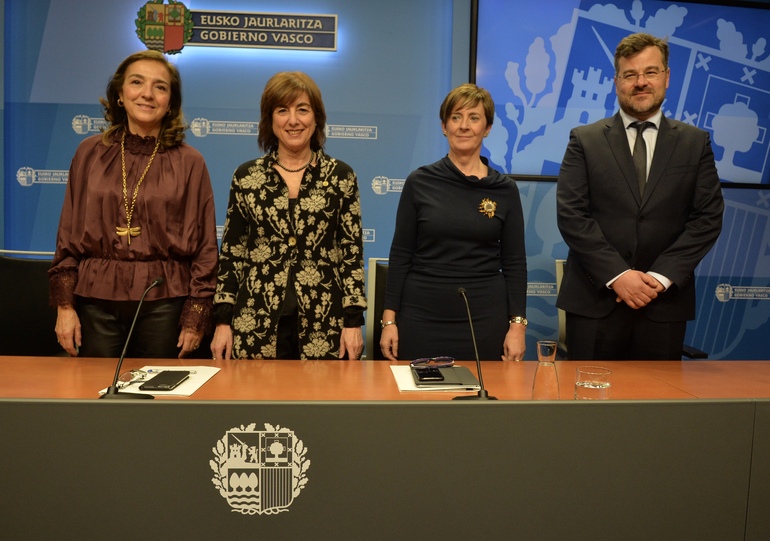 The ESS Bilbao Steering Committee has appointed Mario Pérez as the centre’s executive director. The announcement was made at the press conference that the Basque Government’s Minister for Economic Development and Infrastructures, Arantxa Tapia, its Minister for Education, Cristina Uriarte, and the Spanish Secretary of State for Research, Development and Innovation, Carmen Vela, held in Lakua today.

The director will be in charge of leading this new phase, when ESS Bilbao has to meet the agreed contributions to build the European spallation source in Lund (Sweden). The Basque and Spanish governments have expressed their commitment to this facility and to the process for Spain to join the European Spallation Source ERIC, which is expected to occur before the end of April this year. This step will mark Spain’s joining as a founding partner and full member of the European consortium.

During his proven career stretching back over more than 15 years, Pérez has managed major international projects, such as WPENS (DONES), within the EUROfusion Consorium (backed by the Research Centre for Energy, Environment and Technology-CIEMAT) or as head of the IFMIF/EVEDA project office in Rokkasho (Japan), also backed by CIEMAT. He had previously worked as a project manager for multinationals in the petro-chemical sector, leading projects in places such as Saudi Arabia, Algeria and Chile.

His extensive experience in managing international and, in particular, research projects within the accelerator sector meant he was the best candidate to lead this new stage of ESS Bilbao.

The Secretary of State for Research, Development and Innovation, Carmen Vela, together with the Basque Government’s Deputy Ministers, Estíbaliz Hernáez (Technology, Innovation and Competitiveness) and Adolfo Morais (Universities and Research) visited the ESS Bilbao consortium’s facilities at the Bizkaia Technology Park. The purpose of the visit was twofold: to introduce the employees to the new ESS Bilbao executive director chosen by both administrations, and to tell the workforce about the agreement for the construction phase of the European Spallation Source.

After the visit to ESS Bilbao, the Secretary of State for Research, Development and Innovation, along with the Basque Government's ministers, Arantza Tapia (Economic Development and Infrastructures) and Cristina Uriarte (Education) held a press conference in Vitoria, when they stressed the importance of the agreement reached between the two administrations to ensure the continuity of the work that ESS Bilbao is carrying out.

ESS Bilbao is setting up work teams committed to ESS as part of the 3% contribution in kind that Spain has agreed with the European project. When the agreement between the two administrations was amended last December, both parties agreed the yearly financing conditions between 2018 and 2025.  The total budget allocated to ESS Bilbao for that period is EUR 64.5 million. The previous contributions, to the tune of EUR 49 million, have to be added to that amount.