Minister Artolazabal: "the reality of migrants who flee from conflicts and famines or are persecuted is a objective for Basque society" 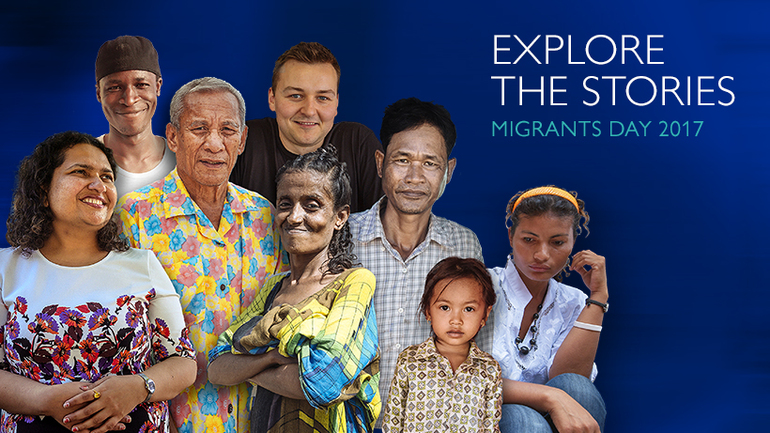 • "Social justice is an irrevocable element for the Basque Country"

• The motto of the United Nations is: "Safe migration in a world in movement"

• UN, Secretary-General António Guterres: "Migration has always been with us: climate change, demographics, instability, growing inequalities and aspirations for a better life, unmet needs in the labor markets mean that it is here to stay "

The Minister of Employment and Social Policies of the Basque Government, Mrs. Beatriz Artolazabal, believes that "it is a objective for basque society to become aware of realities such as those carried out by migrants fleeing from armed conflicts and famines or those of persecuted persons for their sexual orientation, ethnic origin or religious affiliation so that the reasons that originate them are eradicated. Social justice is an indispensable element for the Basque Country".

Tomorrow, Monday, December 18, the International Day of the Migrant Person proclaimed by the General Assembly of the United Nations is commemorated as a day for celebration and reflection.

"Although the phenomenon of migration is not new, at present there are certain migratory patterns in the world to which Basque Country (“Euskadi” in basque language) is no stranger. The attractiveness of obtaining a remunerated and stable job and a natural way of life constitutes an incentive for international migration. The armed conflicts and the persecutions provoke those migrations in already known flows "considers the Minister (“Sailburu” in basque language) Artolazabal before the Day of Monday.

According to Beatriz Artolazabal "the Basque Country  is a land that receives people and has also" issued "emigrants when the perspectives did not invite optimism. The population born abroad in the three territories of the Community is 195,969 people, representing 8.9% of the total population. "

"In a day like today we highlight especially the contributions that immigrants make to Basque society in many facets, from intangibles such as cultural diversity, linguistic wealth, or different worldviews, to those of a more practical nature. of economic contribution with their work, contributions, consumption, rejuvenation or social dynamism, to name just a few" the Minister has listed.

According to Beatriz Artolazabal, "migrated people have integrated into Basque society and collaborated in the construction of a society that is aware of its diversity and cohesive to a high degree. We also value, without falling into triumphalism, that Basque society and its institutions also know how to manage that plurality and diversity in terms of equality and social justice ".

"Our Country is richer in the multiple meanings of the word. That work in favor of integration should not be considered as something finished, and it is necessary to give continuity and project it towards new needs and challenges. We have the task of building a future based on the principles of competitiveness, solidarity, cohesion, collaboration, responsibility and well-being" added Mrs. Artolazabal.

In the opinion of the Minister of Employment and Social Policies "immigration also has another face that does not demand celebrations, but very special attention in those situations in which inequalities, persecutions, or even exploitation are generated. In this sense, realities such as those of refugees who flee armed conflicts, victims of trafficking, or those who flee their countries because of their sexual orientation, ethnic origin or religious affiliation, must be eradicated. Social justice is an inalienable objective for the Basque Country ".

The Secretary General of the UN, António Guterres, considers that "migration has always been with us: climate change, demography, instability, growing inequalities and aspirations for a better life, as well as unmet needs in the markets The response is effective international cooperation in the management of migration, ensuring that its benefits are more widely distributed, and that the human rights of all concerned are adequately protected".  The theme, or claim,  chosen for this year by the United Nations is: "Safe migration in a world in motion"