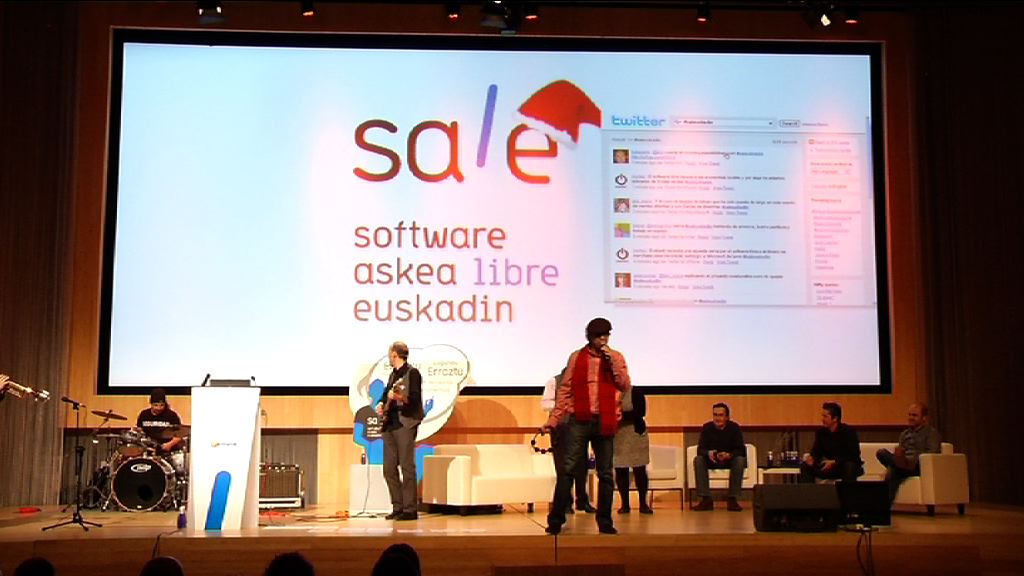 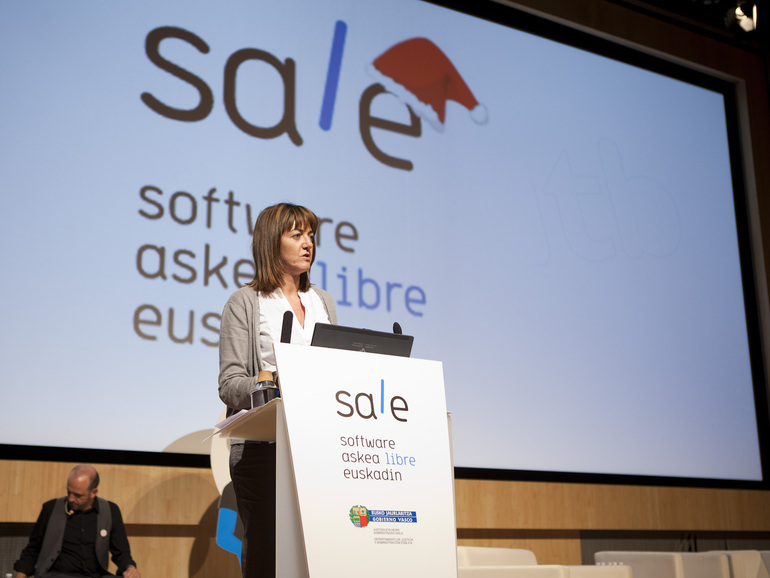 Irekia, Euskadi.net and Contractor Profile are to be "freed up"

The Irekia citizen web portal was the first project to be "freed up" by the Basque Government. In other words, its "source code" was made available to the general public and, in particular, to other public administrations and institutions, enabling them to access the technology used to create Irekia "freely and at no cost". The Minister for Justice and Public Administration, Idoia Mendia, presented the Basque Government's new-generation Forge platform, an official repository for its free software projects along with the "open-source agenda", the "road map" for software libre prepared by the Executive, which includes the "freeing up" of other projects such as Euskadi.net and Contractor Profile. "We are neither the first nor the best, but we have a firm and clear commitment to make free software a reality in the Basque Government," Mendia stated.

The Basque Government presented its strategy to "free up" Basque administration projects through the implementation of software libre. Thus, the code used to develop projects such as Irekia, Euskadi.net and Perfil del Contratante will be made freely available to citizens in a new strategy for software libre presented by the Minister for Justice and Public Administration, Idoia Mendia, a strategy which has three main focal points:

1) The launch of a new workspace for the development of Software Libre within the Basque Government, commonly referred to as a Forge Environment and Next Generation Desktop.

2) The addition of content to the Forge platform through an open-source agenda which commenced with our first project, the Irekia citizen web portal.

3) The creation of an active community around this forge platform enabling software providers to cooperate, collaborate and, of course, compete in a more rational way, affording benefits to Basque society as a whole.

Mendia called for other public institutions to collaborate and work "hand in hand" within this strategy, for the benefit of citizens. "We do not only want the Executive to benefit from this strategy; we want to share outcomes wherever we can with other entities in the Basque Country, commencing with other Basque administrations, particularly in projects that we believe may be of public interest" whilst the Public Innovation Plan (PIP) remains in operation, she stated.

The Minister for Justice and Public Administration, Idoia Mendia, participated in the ‘Open Government: Free Up, Share and Collaborate' event held this afternoon in Bilbao, where the Basque Government presented its software libre strategy. The strategy includes the adoption of an ongoing open-source agenda which will initially free up, in a spirit of collaboration, projects as significant as Irekia, euskadi.net and Perfil del contratante. An appraisal was also undertaken of the activities launched in 2010 by the Technical Office for the Support of Free Software (SALE).

The event, marked by dynamism and originality, featured a combination of music and presentations of the various projects the Basque Government intends to "free up". The Minister for Justice and Public Administration, Idoia Mendia, was accompanied during the event by the Vice-Minister for Justice and Public Administration, Elena Pérez, the Director of Citizen Services, Alberto Ortíz de Zárate, and the Director of Open Government and Internet Communication.

Part of the project set in motion today was made possible thanks to the efforts over the past months of the Technical Office for Free Software, which, according to the Minister, "has done a great deal in the way of listening to people within and outside the Basque Government".