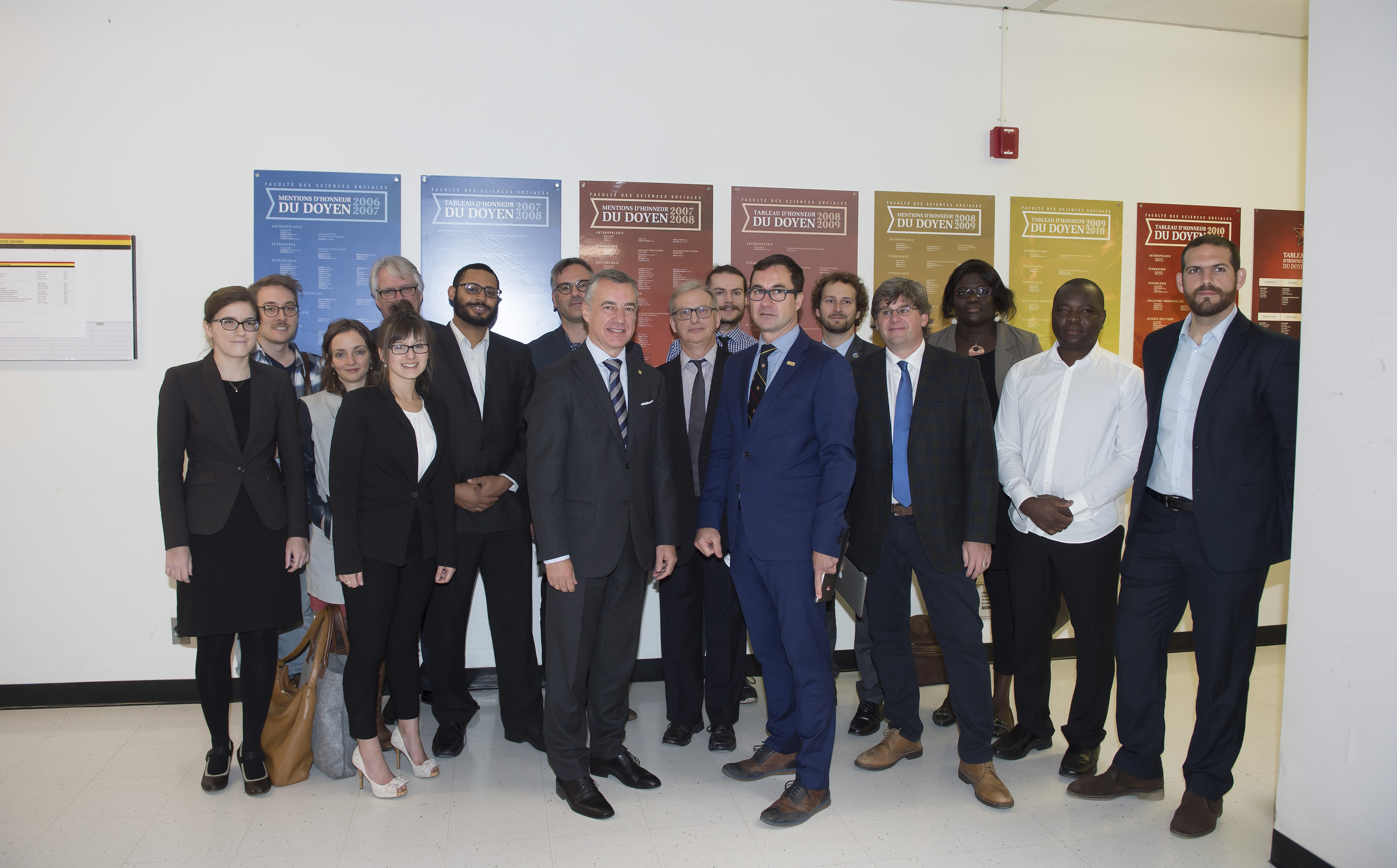 Embed video
Download mp4 video set (zip)
The Lehendakari defends "the Basque way" in Quebec and cities the Canadian model as the benchmark for the future of Self-Government Source: Irekia 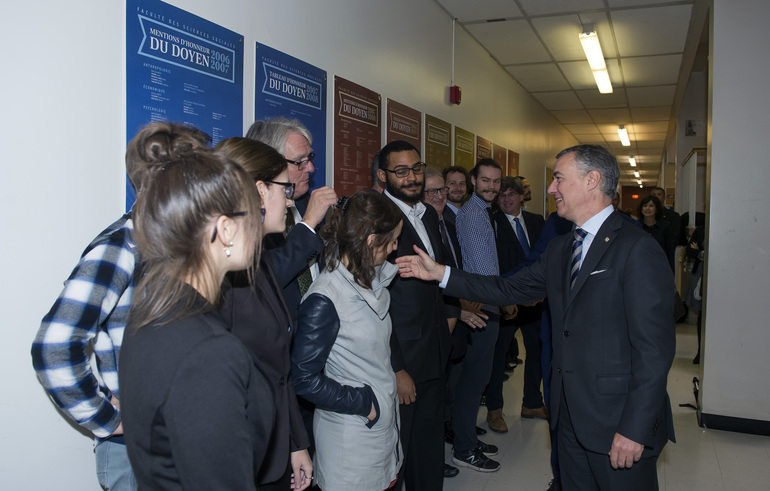 The Lehendakari Iñigo Urkullu, the Basque Premier", has defended in Quebec "the Basque way" based on "dialogue, agreement, negotiation and ratification" and has cited the Quebec/Canada model as a benchmark and an example of feasibility in order for the "complex political processes" to be able to rectify the situations by means of "dialogued and democratic procedures".

During the third day of his official trip, the Lehendakari visited Laval University, the oldest French-language university in North America, located in Quebec City. He there met with the Rector, Sophie d'Amours, and took part in a round table with the university's academic staff.

Urkullu stressed to the academic community that "Spain still needs to find a better fit for its different national realities" and indicated that the visit by the Basque delegation to Quebec was of "special interest" at this stage, given that the Quebec-Canada model "is a useful benchmark, that allows a shared sovereignty reality to be unblocked by means of the assumption of the commitment to bilateralism".

"In the Basque Country, we have been analysing this reality from the first day and we are going to continue to strive to update our Self-Government in the framework of an open agreement, involving the different Basque political forces, agreed with the State, ratified by society and respect," he declared.

At the same time, the Lehendakari stressed his aspiration for the Basque Country to be recognised as a national reality in the European framework and he expressed his conviction that "sooner or later" the European Union could have to consider a "Clarity Directive".  Such a directive will be able to take as a reference the model that both the Basque Country and Quebec defend and which is based on four principles: dialogue, democracy, legality and bilateralism.

Regarding the current situation of the Basque Country, Iñigo Urkullu said he was "excited" about the new era that has opened up after suffering the "burden" of terrorism and stressed by Basque Government's firm commitment to build a new coexistence, "taken to be as living together  is living", referring to the expression "vivre ensemble" (live together).

At another point of his speech, the Lehendakari pointed out that the Basque Country and Quebec have much in common and he gave as an example the governance models and the stringent public management, social priority, the focus of the economic policy or the commitment to the environment and the fight against climate change of the respective governments.

The Lehendakari likewise praised the experience of Canada and Quebec in welcoming and integration of refugees.  He mentioned its community sponsorship as  a leading example in the world and which allows society to be directly involved and self-organise in the welcoming of those people.

As Urkullu explained, the welcome and integration of refugees is a commitment assumed by Basque society and its institutions that has a high degree of consensus. In this regard, he said he was interested in the Basque Government's Secretary of Human Rights, Coexistence and Cooperation establishing contact with the institutions of Quebec in order to discover and study specific experiences in this regard.

During the meeting held with the Rector of Laval University, they agreed to work together in the field of Industry 4.0, by putting the university's expert group in contact with the Steering Group leading the Basque Industry 4.0 strategy.  As the Rector explained during the meeting, the University has a research centre linked to industrial processes and with extensive experience in 3D printing, an area that could also be of interest for Basque research and technology centres. They have therefore agreed to open up a collaboration channel.

Condemnation of the New York attack

The Lehendakari expressed its condemnation of the attack that hit the city of New York yesterday: "international terrorism on allegedly religious grounds has hit again innocent and civil society". His first words expressed solidarity, proximity and sympathy for the families of the dead and injured.