Lide Amilibia: "our initiatives to promote an active sustainable aging included in `Euskadi Lagunkoia` experience will be exhibited today in Lisbon" 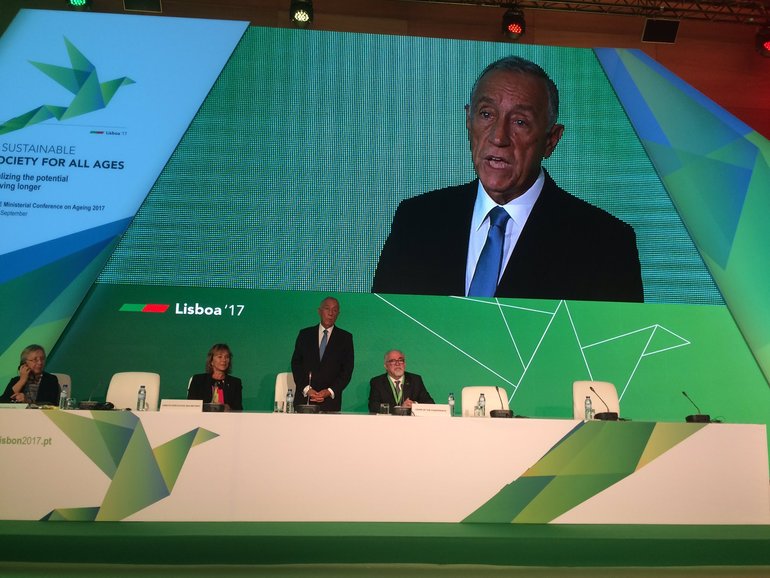 • Representatives from more than 50 countries meet in Lisbon today to discuss aging at an international conference of the United Nations Economic Commission for Europe (UNECE).

• Participation, on Friday, by the European Commissioner for Employment and Social Affairs, Marianne Thyssen

• At the end of the meeting, ministers and representatives of the countries of the UNECE will sign the Lisbon Declaration, with orientations of the next five years on aging.

The “Euskadi Lagunkoia” initiative, promoted by the Department of Employment and Social Policies of the Basque Government to improve the well-being of older people based on positive experiences and examples, is today exposed as a model of action at the international conference held in Lisbon on Aging "A Sustainable Society for All Ages" at the UNECE (Ministerial Conference on Aging).

Lide Amilibia, Deputy Minister of Social Policies of the Basque Government, points out that "UNECE has selected for its model exhibition the posters, print and digital screen that will provide details of the Basque initiatives in the field of care for the elderly as a fundamental part of the new society of the people and of the European social pillar that develops the European Union ".

The model followed by the Basque Government recognizing the testimony and work of older people, highlighting the need for active aging and promoting actions in 50 municipalities to improve urban spaces and adapt them to a greater presence and protagonism of the elderly, will be exposed in the Lisbon Conference within the Ministerial Conference on Aging which will involve various delegations from different countries and the NGO and Research Forums.

Euskadi Lagunkoia is based on the initiative Age-friendly Environments Program promoted by the World Health Organization and is an instrument that helps the elderly and communities to develop their full potential and participate in society to build their environment, municipalities, towns and cities, according to their needs, desires and capacities, while providing them with support, protection, security and become leaders in the development of the project.

"In the friendly program, the elderly people are the protagonists of a process of well-being that will revert in our daily lives, that demand a more rational recovery of public spaces, relations between citizens, transfers care and, ultimately, all those little things that make everyday life in the municipality a little more human and more satisfying for everyone, "says Lide Amilibia.