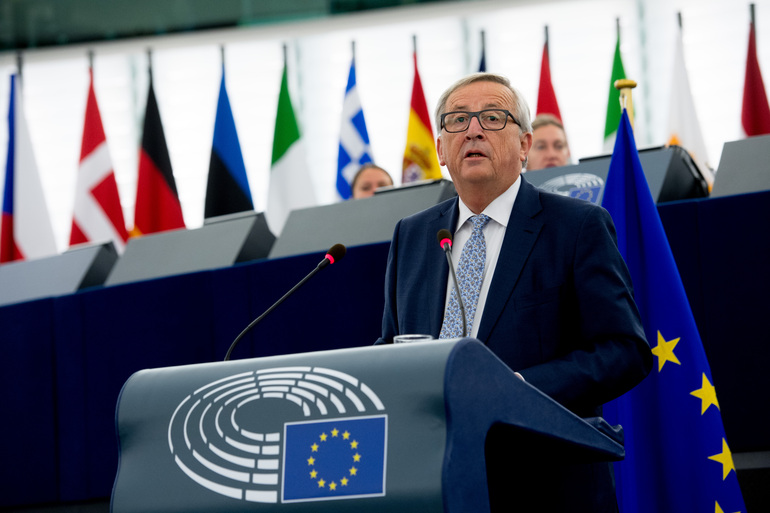 • "In addition to participating in solidarity actions, our young people require support in their emancipation and access to employment"

The Minister of Employment and Social Policy of the Basque Government, Beatriz Artolazabal, has welcomed the analysis and proposals that the President of the European Commission, Jean Claude Juncker, made before the European Parliament in the Alsatian town of Strasbourg in the debate state of the Union for 2017. "Juncker is right when he proposes the redefinition of a more compact and social Europe: it is necessary, and we agree, to reinforce the social pillar in the construction of Europe," says Mrs. Artolazabal.

European Commission President Jean-Claude Juncker delivered a speech to the members of the European Parliament in Strasbourg on his State of the Union 2017, setting out his priorities for next year and his vision of the evolution of the EU until 2025.

"Although President Juncker has spent months talking about strengthening social pillars, maybe he should have highlighted it more yesterday. We share their idea of ​​empowering and protecting, bases of the activation of the Social Pillar so as not to leave anyone on the margins of recovery since we are in the time to dedicate ourselves fully to the people”, says basque Minister.

"Juncker has referred to the economic recovery that he already considers a reality. It is also true in our country, but the steps are slow and "we non-stop" using nautical references president yesterday in Parliament, and very strong, but all people, all countries seek decent jobs and of quality that satisfy our society, our businesses, our sustainable economy and our ideal of European welfare state, which is perfectly acceptable, says Artolazabal.

Artolazabal commented that President Juncker "has also presented a roadmap for a more united, stronger and more democratic Union and the wind that meant, needed to fill the sails of states, countries and regions, must have the strong presence and participation of society and advanced countries, such as Basque Country, committed to these social principles and aimed at building a more united, strong and democratic Europe by 2025".

"In their key messages on the State of the Union Juncker has referred to the need to promote our European youth by measures such as the European Solidarity Corps for young European volunteers actually making European solidarity" -has played Counselor Artolazabal- " which also require effective plans and strategies for emancipation and employment that we are already developing in the Basque Country".

Counselor Artolazabal estimates that "Juncker says that Europe is more than a single market and more than money or the euro. It is true. It proposes to simplify structures of the Union and in that process will have better place and presence, countries and regions that, like ours, know and directly manage that way to the general welfare of our citizenship.

"It is true that Juncker has made no direct reference to situations of concern in Europe today as their demographics observes Artolazabal- but I think positive interest in developing the so-called social pillars to ensure that Union Europe advanced, respectful of the planet, solidarity internally and externally and in which young and old have access to decent jobs which will result in a better situation for companies, the economy and society in general, as we will see in November at the social summit to be held in Gothenburg, "explains Beatriz Artolazabal.