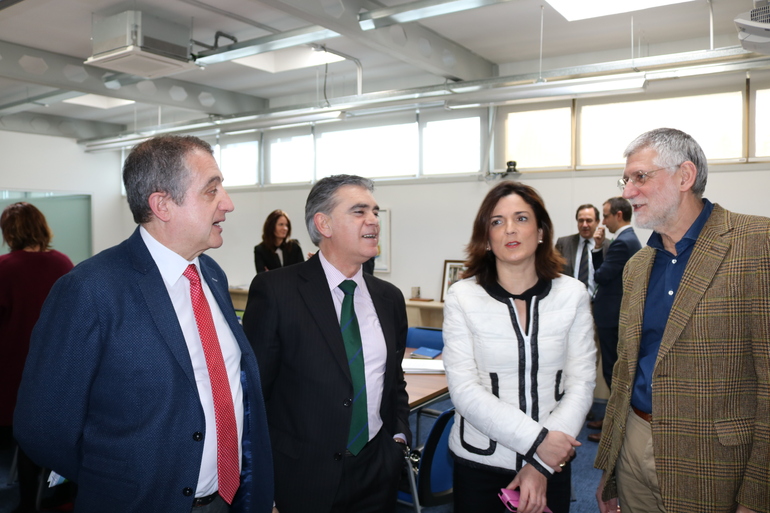 • The basque employment service sends information by letter to 4,700 companies in the Community with templates of more than 20 workers

• The Basque Government has provided 6.41 million euros with the calls for aid for Lehen Aukera, Relief Contract and two contracting programs in basque companies with work centers abroad

• Minister Beatriz Artolazabal: "we strive to forward the professional profiles that best fit the needs of companies"

Lanbide has sent this week to companies in the Autonomous Community of the Basque Country with templates of more than 20 workers - around 4,700 companies - a letter encouraging those responsible to hire new talent, mostly youth, through four aid programs that have been approved this summer: Lehen Aukera, relief contract and two recruitment programs in companies with work centers abroad.

Together with them, the rest of the business park of the Basque Country can also benefit from the economic support offered by the Basque Government and co-financed by the European Social Fund.

The Minister for Employment and Social Policies of the Basque Government, Beatriz Artolazabal, explains that "the 6.41 million euros of all aid are undoubtedly a stimulus to facilitate the recruitment of young people, but as important as the economic amount is that these programs fit the current requirements of companies. "We strive to forward the professional profiles that best fit the needs of companies" adds Artolazabal.

The objective of the Lehen Aukera program, with 4 million euros, is to provide a first working experience for young people under 30 years of age. Lanbide offers support to companies for the signature of permanent contracts that imply net job creation, as well as for the signing of contracts in practices between six and twelve months in duration.

For the former, the subsidy can reach 8,360 euros, while for the second modality the aid can reach up to 4,950 euros. For its part, the minimum annual gross remuneration for the working person ranges from 11,200 to 18,000 euros depending on their degree.

A second program supports with one million euros the hiring of unemployed people under 35 years of age by Basque companies with work centers abroad. The training contract will be carried out for a minimum duration of 12 months, 6 of them abroad and the amount of the subsidy will vary between 11,800 and 13,100 euros depending on the qualification of the people hired.

A variant of the previous program, endowed with 400,000 euros, favors the recruitment of over 35s by Basque companies with work centers located abroad. In this case, it is a question of hiring people with previous work experience who are unemployed. The amount of the subsidy varies according to the age: 20,250 euros if the person contracted is between 35 and 49 years old, and 22,500 euros if he has more than 50.

In his letter to the companies, Lanbide is sponsoring another measure to promote employment: the relief contract. This contractual modality, for which aid has been granted in the amount of one million euros, consists of the replacement of a working person who agrees to partial retirement for another one of less than 30 years contracted full time, indefinite since its inception or with commitment of transformation in indefinite when the person retired retires. The amount of the aid under this modality amounts to 6,000 euros per contracted person.